Esports Gaming Consultant Jean Lieberman writes for Esports Insider to highlight some of the biggest prize pools in the esports industry this year and what this means for the sector’s development. 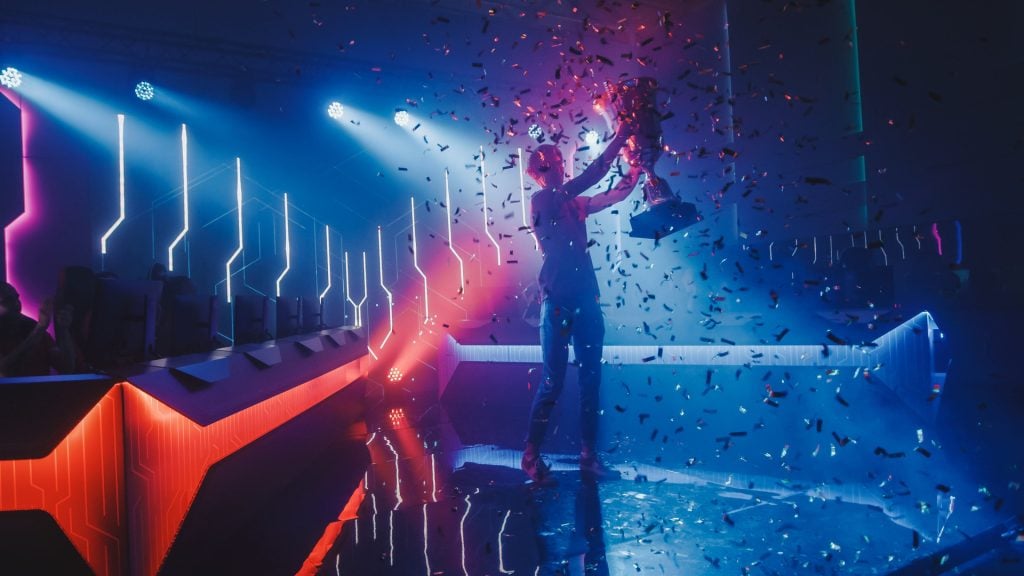 Over the last 25 years, esports players have received some of the most incredible payouts. The industry has come a long way since the first official video game competition in 1972, which awarded the grand prize of one year’s subscription to Rolling Stone magazine to the highest-scoring player of Spacewar [1].

The potential for online competitive gaming quickly became reality when Quake developer ID Software organised the first true esports tournament in 1997 [2], awarding a red Ferrari 328 GTS to the winner, with prize pools only increasing since then.

The largest public prize pool was given during The International 2021, with $40m up for grabs.  A large contributor to most high-value prizes is the popularity of microtransactions and the games as a service model. Many developers sell unique in–game items to their player bases and use the raised money to increase tournament prize pools.

Valve, the developer of Dota 2 and CS:GO, are currently the most successful at implementing this model, as highlighted by its Dota 2 event, Apart from this year which saw a prize pool reduction, the competition generally grows its prize pool every year and always makes up the majority of the top 10 overall prizes in history [3].

Are MOBAs still the King of Esports?

For a long time, MOBAs ruled the esports scene, requiring less expensive equipment for new players to get on board, and offering a complex asymmetric play style that offered something to do for multiple skill levels. The question is however, can they hold out for the next decade? As we’ve already shown, the types of games favoured for the top level of esports have progressed from arcade cabinets, to shooters, to where we are now. 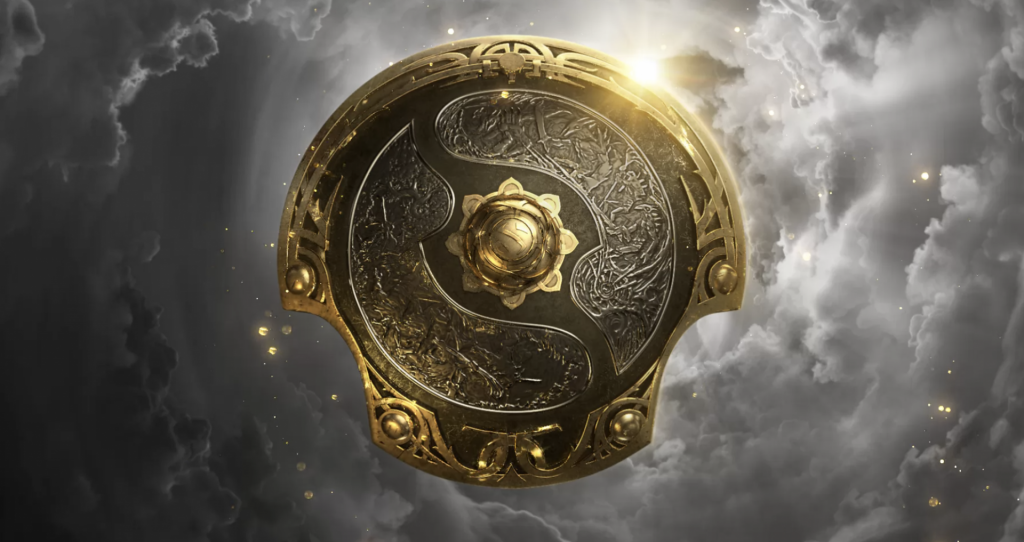 The eleventh annual concluding tournament of the Dota Pro Circuit took place over four consecutive weekends in October and, despite its lower prize pool of $18.9m, was the largest yet with 20 teams taking part  [4].  Perhaps one factor towards’ Dota 2’s lower prize pool was that this years in–game Battle Pass — where 25% of the sales fund the prize pool, was released considerably closer than usual to the tournament start date.

The International tournament gets a lot of media coverage and is particularly popular amongst esports betting fans with a wide variety of odds usually offered. Millions of viewers every year are kept very engaged due to the complexity of the game and unpredictability of the results, as only one team (OG) has ever won twice.

However, whilst the prize pools would be seen by many as a healthy indicator for the game itself, it is not a clear indicator of Dota 2’s player base. That said, the spectacle of Dota 2 having some of the biggest esports prize pools has kept the title going for a while, with Dota 2’s player base showing signs of stability despite more contenders such as mobile MOBA Arena of Valor/ Honor of Kings.

Hosted by developer Riot Games, the twelfth LoL annual World Championship ran from September 29th to November 5th. The prize pool for 2022 started at $2.23m, however, it was topped up from a percentage of in–game sales of Championship skins [5]. The previous highest esports prize pools of $6.5m in 2018 and $5.1min 2016, which gives an idea of what it may reach [6].

Despite the last few pools not surpassing the largest to date, this tournament is still recognised as one of the most popular events within the esports industry. The first iteration in 2011 offered a pot of $100,000[6] to eight competing teams predominantly from Europe and North America, compared to the millions of dollars on offer this year.

League of Legends tournaments are very popular in esports betting, and the World Championship is a common pick for those wanting the safer bet with more predictable results.

Both Arena of Valor and Honor of Kings feature some of the highest-paying tournaments within esports. Before jumping into the analysis it’s worth noting that both Arena of Valor is the international version of Honor of Kings, which is a game used in China. The AoV International Championship 2022 awarded $1.8m, a notable rise from the $1m offered last year. Meanwhile, the Honor of KingsKing Pro League Spring 2022 and Summer 2022 gave away $2.8m and $2.7m, respectively [8].

The current Honor of Kings International Championship 2022 boasts a $10m prize pool, with its two previous iterations garnering $4.6m and $7.7m[8]. The tournament has rapidly grown in size and popularity since the first Champion Cup in 2016 which allowed just 10 Chinese teams to compete, as this year we will see 16 teams from all over the world participate.

Fans of the Fortnite competitive scene hoped for the announcement of a 2022 Fortnite World Cup after the huge success of the first World Cup in 2019, which awarded a grand total of $30.4min the Finals [2]. Unfortunately, the dream announcement was not mentioned in Epic Games’ 2022 blog post and instead there were a few smaller events this year.

Developer Epic Games hosted the Fortnite Champion Series – Chapter 3 Season 1, 2, and 3 tournaments in March, May, and August respectively, and gave away a prize pool of $3mat each [9]. The FNCS Invitational 2022 in November also saw Duos players from all over the world compete for a $1m prize pool [10].

Compared to other similar games, Fortnite tournaments tend to draw in a very young player and viewer base [11]. The esports industry is arguably becoming increasingly reliant on revenue from gambling sponsorships, so a downside to this surge in younger players is an increased need for safeguarding and regulation with many countries taking steps to regulate esports and even esports bars and cafes in Italy’s case[12]. Some tournament organisers have already taken steps towards this by disallowing teams sponsored by gambling companies to display the sponsor’s name. The most prominent examples of this are Epic Games (Fortnite), EA (FIFA) and Riot Games (League of Legends/VALORANT) [13]. 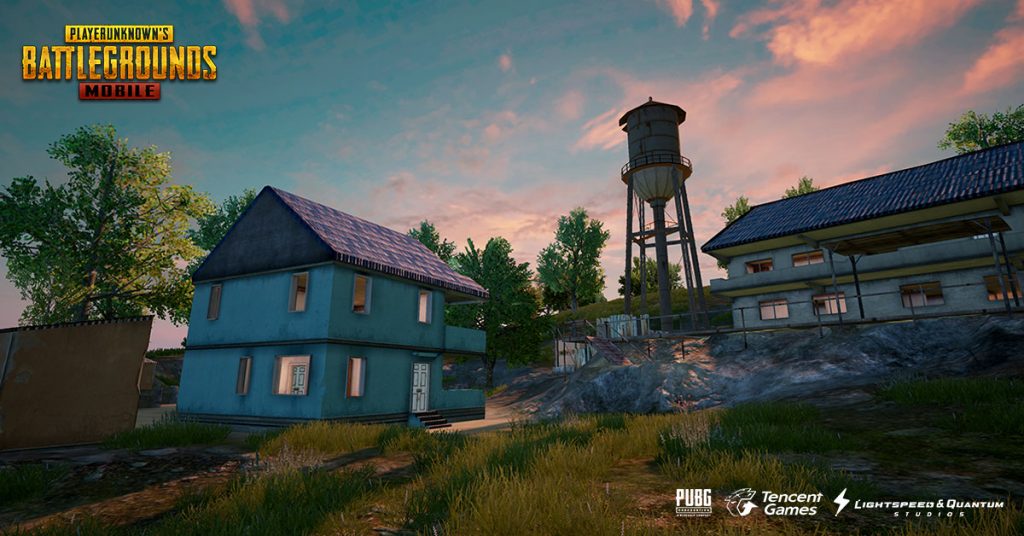 PUBG tournaments have continued to offer some of the highest prize pools of the last few years, particularly within its mobile discipline. The PUBG Global Championship 2022 saw 32 teams from around the world competing for a prize pool starting at $2m, which is then topped up by 30% of the profits from in-game sales [14]. The annual prize pool total for all PUBG events doesn’t seem to have followed any particular trend though as the last three year’s totals were $11.5m, $6.6m, and then $16.2 million [16], with 2022’s total reaching $3.3m as of November 20th.

Starcraft II is the Old Guard of esports

Once upon a time Starcraft II was one of the highlights of the eSports calendar, boasting some of the biggest prize pools around for a number of years, and even taking the number one spot in 2011 [18]. However, interest in the entire genre has dropped off substantially over the last decade.

The total amount awarded over all tournaments annually and number of individual events has been declining since the peak of $4.6m split between 142 events in 2018, down to just $1.8mfrom 57 events in 2021.2022 looks to continue this trend as the total of all prize pools is currently sitting at $1.4m[19]. Additionally, the biggest prize pools have fallen from $700,000 to $400,000 in just four years.

Beyond improved graphics, StarCraft II has changed very little. Games like this which require extreme micromanagement and multi-tasking tend to have a small niche audience anyway, but the lack of modernisation and new content also hamper the long-term appeal, especially to casual or younger players. 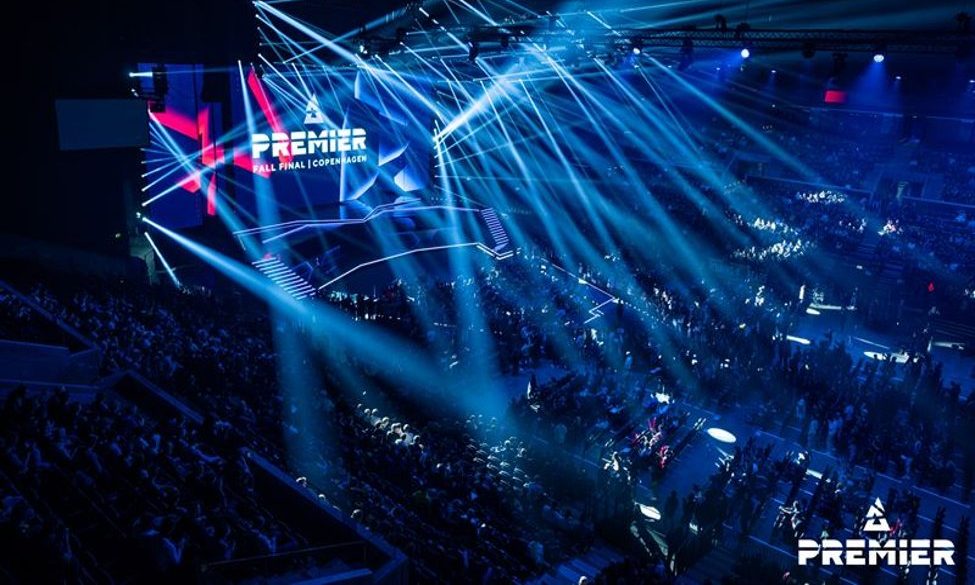 Once the highlight of the esports calendars in the west, non Battle Royale first person shooters don’t hold the spotlight in quite the same way they used to. They still hold major tournaments, but their growth rate is a little more stagnant. They’ve also seen a shift over time towards a more asymmetric team and character based play style, with the popularity of games like Rainbow Six Siege, TF2, VALORANT, and Overwatch (in the early days) making up a huge part of this.

CS:GO, nevertheless, has managed to hold up impressive $1.5-2m pots, meaning they’re still some of the biggest eSports prize pools for a single tournament, but it does seem to be the last holdout of the “classic” FPS, with even COD moving towards a class-based system.

Gamers Without Borders hosted over 2000 tournaments this summer which anyone could enter to try and complete objectives that rewarded small prizes and charity donations. This was followed by Gamers8 2022 in July which had a huge $15m prize pool split between multiple tournaments, the biggest of which being $4.2m for Dota2, $3.1m for PUBG, and $2m for Fortnite and Rocket League [21].

And what about the fighters?

Brawlhalla continues to grow, and whilst it is relatively paltry in comparison to some of the bigger tournaments, the Brawlhalla esports Year Seven prize pool totalled $1.3m for the 2022 season [22].

Super Smash Bros Melee also still hits some reasonable prize pools of over $100,000[23], but other franchises have failed to generate any lasting competitive scene whatsoever, despite being notorious for the competitive nature of the online play space.

So What Does All This Mean?

Ultimately the change in the prize pools reflects the overall health of the esport itself and with the growth of games like Fortnite and Brawlhalla. It also shows that having a lowered barrier to entry for play is essential to creating and maintaining a healthy esports community. There are still some areas of esports in its infancy stages and there’s a lot of room for growth for new games despite some people considering areas crowded. That all said, even initially successful games can die quickly with mismanagement of the player base that props up the individual game. Grass roots engagement seems to be essential.

There will be peaks and troughs and there will likely always be questions about how long any individual game can last at the top of the pile for at least the next decade until we see whether the current crop gets toppled.

Written in collaboration with Jean Lieberman