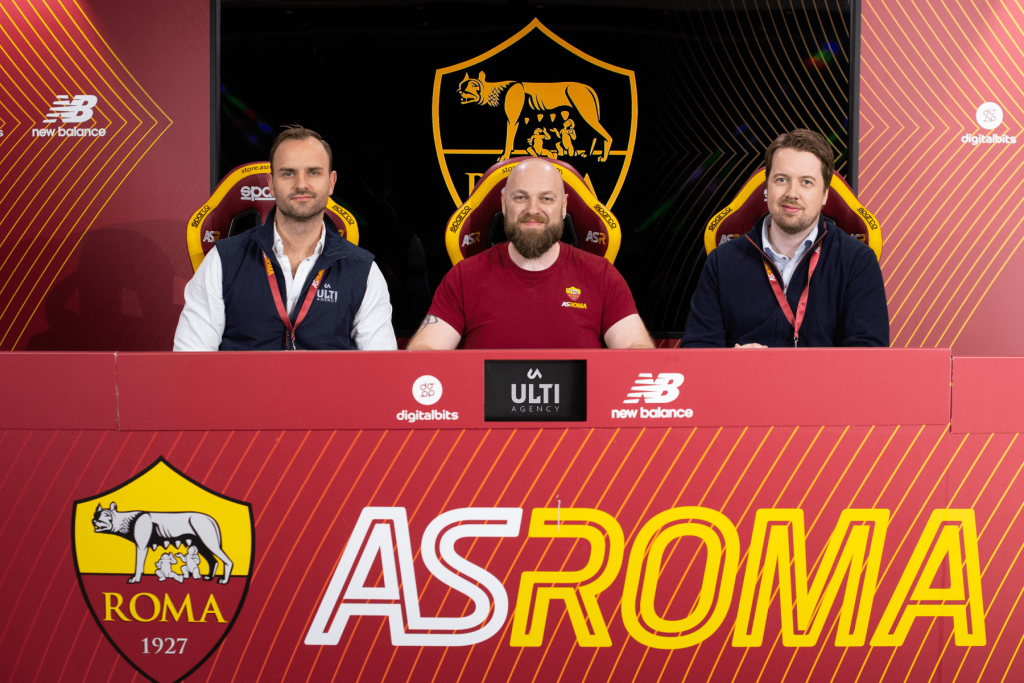 As the football club’s official esports agency, ULTI Agency will run and develop AS Roma’s esports division. Currently, Roma Esports competes in eFootball tournaments alongside a host of other Italian clubs, though since its formation in 2017 the division has also won the FIFA Gfinity Elite Series twice.

ULTI Agency revealed that part of the agreement will include exploring new ‘opportunities and potential game titles’. When asked for further clarification, Asgeir Kvalvik, CEO of ULTI Agency, told Esports Insider that he hopes to announce a new game title for AS Roma before the summer of 2023.

AS Roma becomes the latest traditional football club to strengthen its operations in the esports industry. In 2022, football clubs such as Brazilian team SC Internacional and English side Tranmere Rovers launched esports divisions. Moreover, Nordic organisation ENCE recently announced a partnership with the Football Association of Finland.

Other notable football clubs with esports divisions include Wolves, PSG and FC Barcelona.

Alongside having Roma as a client, ULTI Agency represents around 60 esports athletes within Dota 2, CS:GO, PUBG, VALORANT and Apex Legends. In 2021, the esports agency welcomed former Manchester United player and manager Ole Gunnar Solskjær as an investor.

ULTI Agency confirmed with Esports Insider that the agreement with AS Roma is not exclusive, meaning that the agency is able to explore collaborations with other football clubs.

In a press release, Kvalvik commented: “This is a big day for ULTI Agency. It is an honour to partner up with one of the most legendary football clubs in the world. This agreement is a statement and in line with the core vision of our company going forward.

“ULTI’s key roles in this collaboration will be to manage AS Roma’s esports teams and players and making sure the club’s values and image is taken care of in a professional manner. In addition to this, we will be taking care of sponsorship opportunities connected to the esports department and explore other potential game titles that can be interesting for AS Roma to invest in.”