Los Angeles, United States (AFP) — The Boston Celtics clawed out a 109-98 victory over Brooklyn on Thursday, pulling away late to boost their NBA-best record and widen the distance over the Nets atop the Eastern Conference.

Marcus Smart and Malcolm Brogdon added 16 points apiece for the Celtics, who learned shortly before the contest that Jaylen Brown — coming off a 41-point performance in Boston’s win over New Orleans on Wednesday — would be sidelined with a right adductor muscle strain.

The Nets, meanwhile, were playing their first game since superstar Kevin Durant limped out of a win over Miami with a sprained right knee ligament, which is expected to sideline him for several weeks.

Brooklyn, led by 24 points from Kyrie Irving, coped admirably through the first three quarters, leading the back-and-forth battle by as many as nine points in the first half and by as many as five in the third quarter before Boston pulled away.

The Celtics connected on 10 of 25 shots from the field in the fourth quarter and clamped down defensively, holding the Nets to 16 points in the period on six-of-19 shooting.

“We get out and run, it’s hard for people to stop it,” Smart said. “We were able to get back in transition on the defensive end and set our defense.”

The Celtics won their fifth straight game to improve to 31-12 and stretched their lead over the Nets atop the East to three games.

“We played against a really good team,” Smart said. “Obviously, they were depleted as well, but, you know, that’s still a good team over there with great players. It was just coming in and holding our own and just trying to make everything as tough as possible for them.”

Celtics coach Joe Mazulla said before the game he didn’t know how long Brown would be out, but hoped it would be not more than a couple of weeks.

“Keep going,” Smart said of what the Celtics would have to do in the meantime. “Next man up.”

The Nets remained half a game ahead of the Milwaukee Bucks, who fell to the Heat 102-108 in Miami.

The Philadelphia 76ers fell 133-114 to the Oklahoma City Thunder to lose ground to Cleveland in the battle for fourth place in the east.

The Cavaliers were in action later Thursday against the Trail Blazers in Portland.

In Miami, Gabe Vincent scored a career-high 28 points, Bam Adebayo added 24 points and 12 rebounds and Jimmy Butler chipped in 17 points and 11 rebounds for the Heat in a clash of injury-depleted teams. 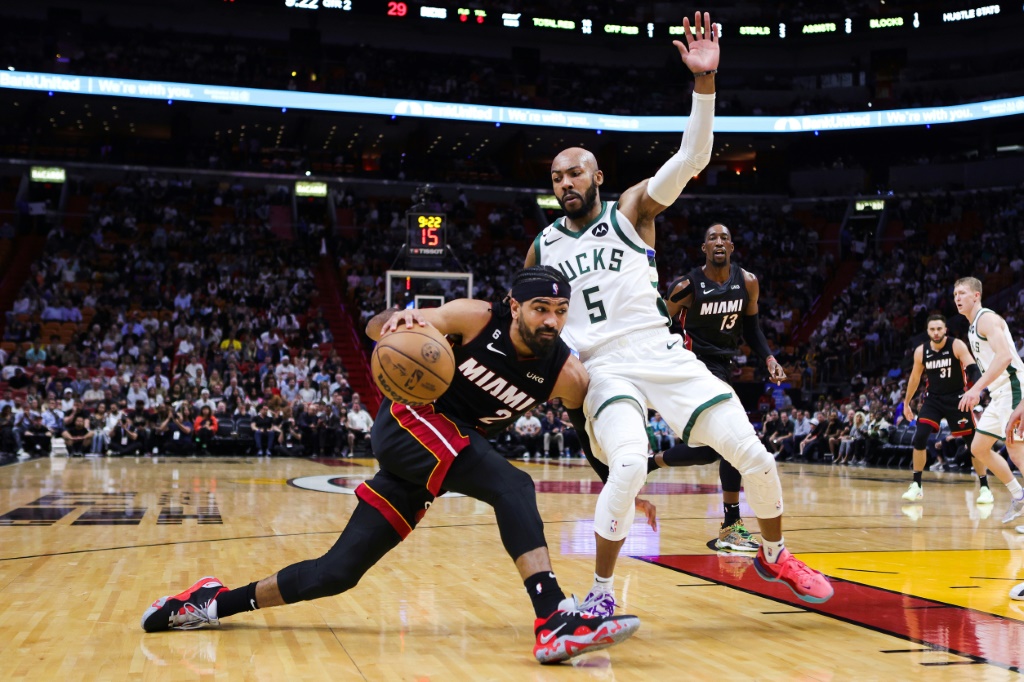 The Bucks, whose multiple absentees included two-time NBA Most Valuable Player Giannis Antetokounmpo, led by 15 in the second quarter, but the Heat had tied it up by halftime.

Miami opened the fourth quarter on a 7-0 run and didn’t trail in the final period.

One night after they set an NBA record by making all 40 of their free-throw attempts, the Heat made 15 of their 16 attempts from the foul line — running their streak of free throws made to 55 before Butler missed one with less than 30 seconds remaining.

Joel Embiid scored 30 points and pulled down 10 rebounds and James Harden added 24 points with 15 assists for Philadelphia, but the Thunder connected on 51.2 percent of their shots from the field, including 14 three-pointers, to spring the surprise.