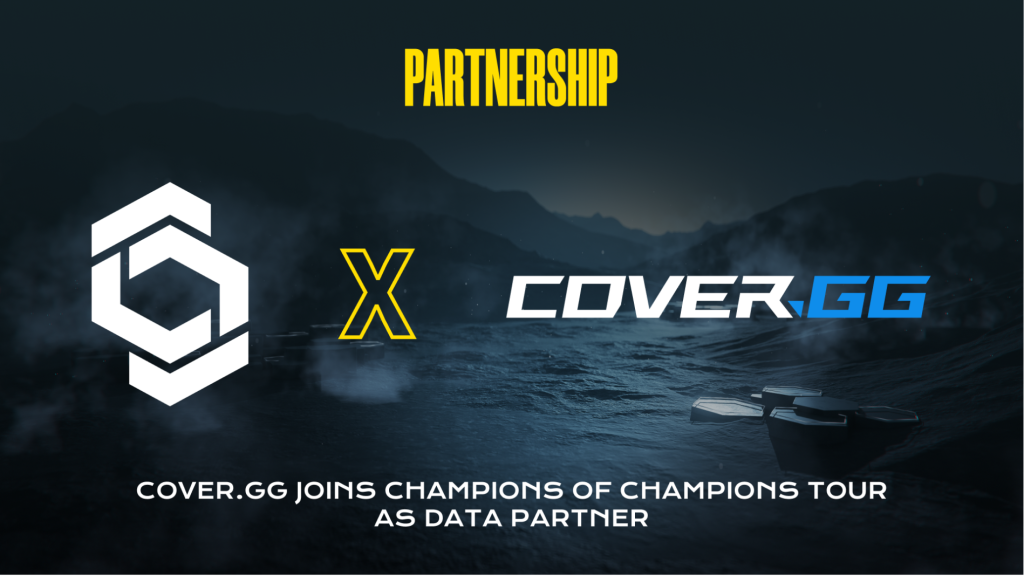 Esports data and statistics tracking platform Cover.gg has secured a tour-wide data partnership with the esports tournament series Champion of Champions Tour (CCT). The partnership is set to last until the Tour’s Grand Final in 2024.

The partnership will see Cover.gg create a dedicated CCT hub that will use data from another esports data company, GRID, to provide users with match data, results, top players, maps and more.

Cover.gg is a data aggregator platform focused on CS:GO. The platform provides live scores from a number of CS:GO tournaments and leagues and also provides other match-focused data. The platform also collects player and team data and allows for comparisons of players and teams, using an array of different metrics.

The Champion of Champions Tour is a new tournament series in CS:GO, founded by esports data company GRID and CS:GO-focused tournament organisers including Relog Media, Eden Esports, Fantasy Expo, FACEIT and others.

The Tour is an ambitious project spanning a large number of tournaments, teams and locations. The series is set to conclude sometime in 2024 with a large final LAN tournament. The tournament will reportedly have a prize pool of more than $3.4m (£2.9m), which is one of the largest seen in CS:GO.

Interestingly, Cover.gg will use GRID’s live data, in combination with its own historical player and team data to create a database of CCT information that viewers can access at any time through the official website. According to a release, all data will be visualised through widgets and users will get pre-match information, ongoing statistics and post-match data to look at.

Harry Wigglett, Head of Sponsorships at GRID, commented: “From the start of CCT, we’ve wanted to create a data-driven ecosystem that empowers all facets of the CS:GO space, from players and organisations to companies such as Cover.gg.

“Our collaborative efforts allow us to further reinforce this ecosystem and create a comprehensive tournament experience under the CCT umbrella.”