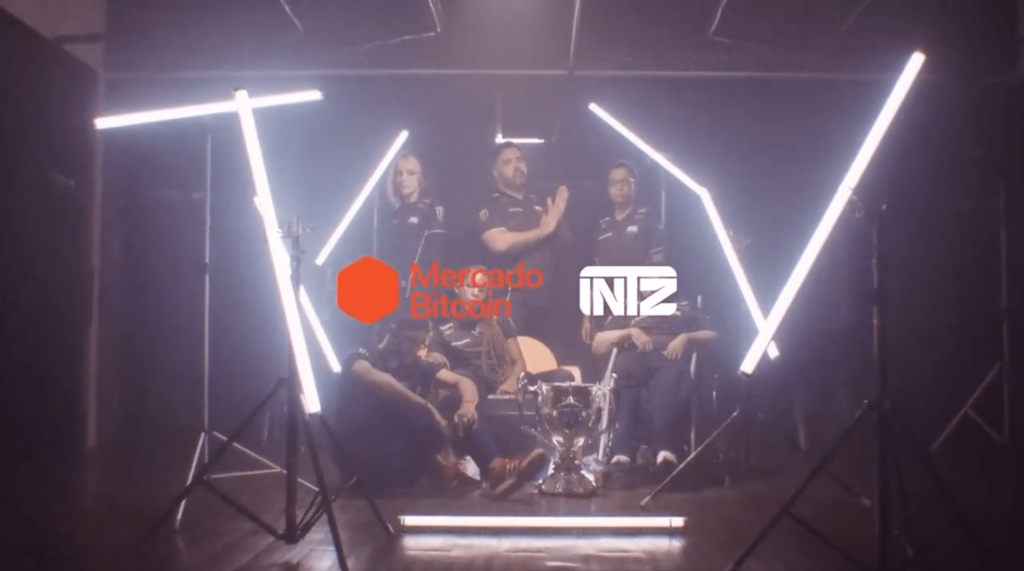 After a period without new deals between crypto brokers and prominent Brazilian esports organisations, INTZ has inked crypto exchange Mercado Bitcoin as its latest sponsor.

Mercado Bitcoin’s brand will be seen on the shoulders of INTZ jersey, plus on activations and across social media. An announcement video released by the organisation also revealed the signing of new influencers.

The deal — valid for one year — was negotiated by the marketing agency DRUID Creative Gaming and signed by Mercado Bitcoin to promote its brand in the esports scene. This is not the first esports move by the crypto company as it also sponsors the Brazilian Counter-Strike Circuit (CBCS) since 2021.

Mercado Bitcoin will also be involved in marketing activations with the new influencers signed by INTZ. According to the Co-Founder Lucas ‘Simon’ Almeida, the new talent brought in by the organisation is a way of “intensifying our positioning of diversity and inclusion.”

The agreement comes after a retraction seen in deals related to crypto brokers in the Brazilian market. FURIA had an agreement with FTX, but it was cancelled after the broker went bankrupt. Rensga Esports had a naming rights deal with Bitpreço, but the agreement did not continue after its expiration on June 2022. Los Grandes is another case of a Brazilian organisation that held a crypto exchange (Bitso) as a sponsor but did not extend the agreement. MIBR, though, keeps its deal with Bybit closed in May this year.

The organisation is known for its success in the Brazilian League of Legends Championship (CBLOL), winning five titles. However, in the most recent seasons, it has been playing a supporting role. It is expected that the new sponsorship, plus the new talent acquisitions, will look to boost INTZ’s engagement and relevance for 2023.

Following its resolution after signing with FTX for the League of Legends Championship Series (LCS) in 2021, Riot Games will not hold any restrictions on INTZ advertising Mercado Bitcoin on CBLOL.