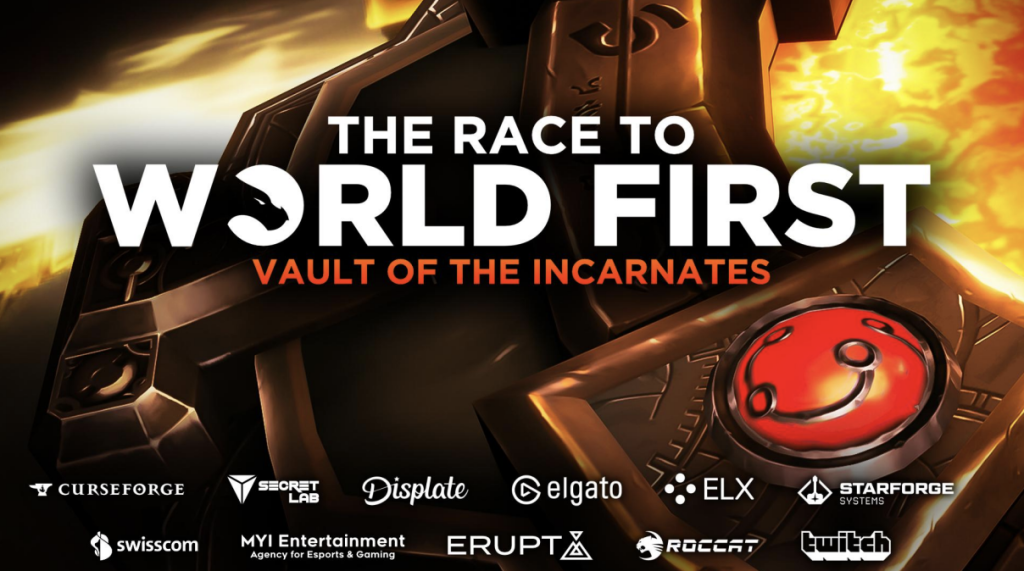 World of Warcraft guild Echo Esports has announced its partners for the upcoming Race to World First (RWF) event in the raid Vault of the Incarnates, set to take place on December 13th in North America and December 14th in Europe.

The organisation has brought on board its long-term partners Curseforge, SecretLab, Elgato, and Displate, but also partnered with Starforge Systems, E-Sports Nutrition, Swisscom, Twitch and Roccat.

The Race to World First is a World of Warcraft event that takes place whenever a new raid becomes available in the game. Leading guilds regularly host events that can last a number of days, in an effort to be the first guild in the world to finish all raid bosses.

The events are especially challenging because players are encountering the raid bosses for the first time, so tactics are often developed on the go.

Echo Esports is one of the most notable WoW guilds in history, and the winner of the last two Race to World First events. The last event, in the raid Sepulcher of the First Ones, took 18 days to finish, and Echo won the challenge on the 277th attempt by defeating The Jailer, the final boss of the raid.

Echo Esports will host 13 players, eight casters, and seven staff members on-site at the Erupt Lounge in Bern, Switzerland, for the duration of the event. The event will be supported by Big Dumb Golden Guardians, and will be streamed 24 hours a day on Echo’s channels.

The RWF is a highly competitive event, which is apparent from the partners included. Another known WoW organisation, Team Liquid, has recently announced partners for its attempt at World First through Liquid Guild, its MMO-focused vertical.

These include Coinbase, Kingston Technology, Monster Energy and others.