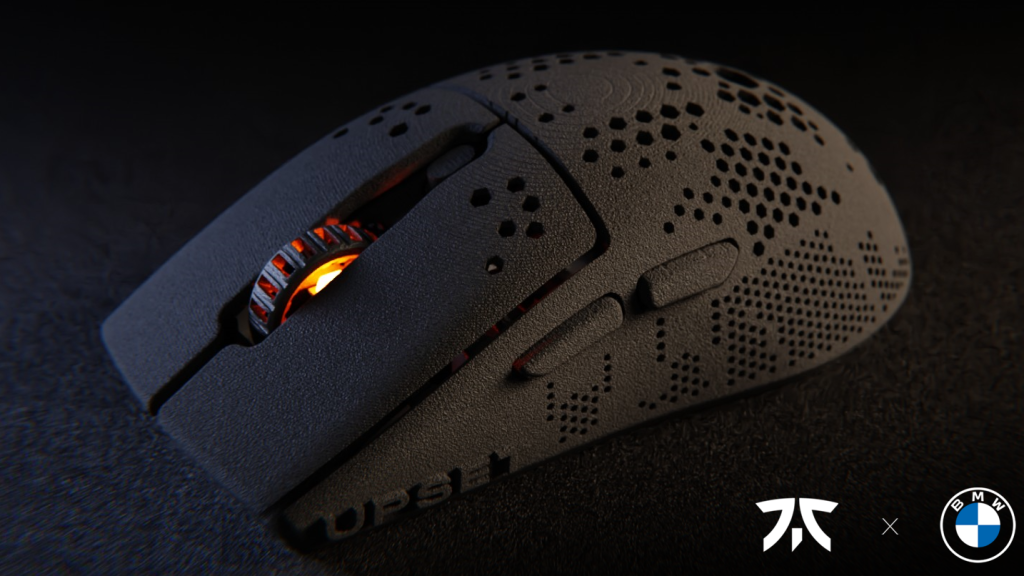 The collection, which has been tailored specifically for Fnatic’s League of Legends roster, is ergonomically designed and 3D printed to reflect each player’s hand shape, curvature and grip. Additionally, the mice offer customisation to enhance competitive performance by providing improved control, response and hand comfort.

Whilst an initial limited run has been made for Fnatic’s League of Legends team, future commercial availability is dependent on further testing and public interest.

Each Fnatic x BMW Vision mouse consists of two parts — the shell and chassis. The shell is unique to every player and is created in two distinct design and manufacturing stages. It can also be refined to meet changing needs, with the same materials reused for re-printing and placed on the existing chassis.

Another focus when designing the collection was on circularity, as the chassis of each mouse is made from recycled components from the Fnatic BOLT mouse. Recently, the organisation has been focusing on sustainability, as it also released a line of sustainable desks with ChopValue in September 2022.

Earlier this year, Fnatic and BMW teamed up once again to open the BMW x Fnatic Esports Performance Facility in Berlin, Germany. In April 2019, the two entities worked alongside each other to launch BMW’s United in Rivalry initiative, which includes the likes of FunPlus Phoenix, G2 Esports, and T1.

Stefan Ponikva, VP of Brand Communications and Experience at BMW, commented: “The development project for the Fnatic x BMW Vision Mouse is a very good example of how we define our role in esports. Our know-how should benefit the community, and contribute to the further development of the industry.

“In professional Esports, the key is the performance of the players. 3D manufacturing methods, which we have tried and tested in-house, and our experience with sustainable, circular materials are being applied in innovative ways in sports. Together with Fnatic, we are genuinely helping to improve the performance of professional gamers.”