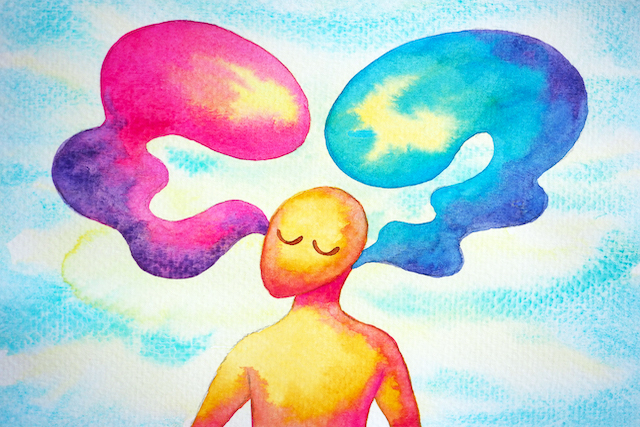 “It is inner stillness that will save and transform the world.” ~Eckhart Tolle

Life is hard. Impenetrable at times. How can we use our spirituality to navigate through the density of life?

That question inspired this piece of writing. And my navigation tool is almost effortless; I feel compelled to share it.

When my mind is churning and burning with thoughts and fears and worries, I take myself off to a quiet place, get still, and watch my mind. I wait for the tiny gap between each thought. Bingo.

That space, that little gap, is freedom in its truest, purest form. It is the birthplace of peace. And every time I enter that space, I am no longer at war with anything. Despite what madness may surround me, that place always remains untouched. It is like an infinite reservoir of strength and love—one that feels like, well, freedom.

How I came to find that reservoir is a long and nuanced story (that’s why I wrote a whole book about it), but I’ll try and give you the nutshell version.

Essentially, to even find it, I had to first get to the point where I was so disillusioned—with my cancer, with people, with the system, with the greed, with the house chores, with the destruction of the planet, with war, and with life full stop.

Little did I know it then, but that disillusionment was freedom’s gateway.

For so long, I looked to ‘the other’ as the source of my disillusionment.

Sometimes ‘the other’ was a person, sometimes it was a situation—my cancer, the pandemic, the person who I believed had wronged me, the political party; anything or anyone that caused a disturbance to my happiness fell into this bucket.

Of course, it felt good to blame cancer, that person, or the pandemic for my woes, at least on the surface. Yet the blaming was also the root of my suffering. The biggest wars I’ve had in my own life were when I was trying to get ‘the other’ to yield / change / admit they have it wrong so I could live in peace.

But the true source of my disillusionment was never with them. When I stopped waiting for the situation to change and shifted my attention to my mind, I observed something that floored me at first: my own righteousness.

Staring back in the mirror were my tendencies to be correct, envy, judge, complain, and win. That mirror revealed one simple truth: I was adding to the war I desperately wanted to end. I had arrived at the place where I was simply fed up—no longer fed up with life but rather fed up with the suffering caused by my very own mind.

The challenges and hindrances of life may have taken you to a similar point—the point where you’ve had enough. Before freedom is even possible, this stage is necessary, essential even.

The world is unsatisfying. So, now what? This is freedom’s front door. It is the opening to the very core of your being. When we have had enough of looking outside for contentment, only then do we look inward. This is where the rubber meets the road.

But we have to go deeper—beyond the mind, beyond our thoughts about what is right vs. wrong, left vs. right—to our essential oneness.

And, as a collective, I think we get there by asking ourselves one simple question: Do I want peace or war?

If it is peace, we must start with the peace in our minds. In all the frenzy, it is possible to simply stop and enter into the space between every thought. Rest there for a few scared moments. Feel the ease wash over every cell of our being. Come home to that again and again. Life doesn’t need to be any different to enter that space.

That space is freedom. And true freedom is not bound in any person or situation. Freedom is what sits underneath the war. It is found in the tiny gap between every righteous and non-righteous thought; it occurs through stillness.

From this stillness, I’ve learned (yes, the hard way) that we can speak our truth, but now we speak it without the need to control any outcome.

For example, rather than trying to force my husband to read a spiritual book instead of opting for Netflix—as if I know what’s right and best for him—I can respect him for where he is at in his inner journey. I still act. I still suggest books. But my happiness is not dependent on his choice.

Instead of being angry at a friend who hurt me, I can step out of my righteousness and cultivate empathy for where she is at in her life. I still reach out. I still attempt resolution. But my peace is not dependent on her response.

I throw my seeds of truth, dug up from the depths of my heart, out into my family and the world. Sometimes they land in the fertile soil of ‘the other,’ and sometimes they don’t. So be it. It is action without criticism, judgment, blame or control—without the war. I had found a place within where I could look at ‘the other’ and feel compassion and even love instead of anger and annoyance.

Eckhart Tolle says, “It is inner stillness that will save and transform the world.”

I couldn’t agree more. Because from that place, from the silent stillness within, war is not escalated but instead averted.

So, to anyone feeling disenchanted, I want to honor you and say one thing: The freedom your soul is aching for is within arm’s reach. It is as close as your breath, as close as the space between each of your thoughts.

Lara Charles is an Australian writer and mother living in New Zealand with her husband and four children. Lara writes at the intersection of spirituality, motherhood, and modern life. Her work has been featured in national and international media outlets. Her first book, a memoir about the longing to know if there is more to life and the process of awakening amid everyday life, will be ready for publication in 2022. Read her reflections at laracharles.com.

These Stories Will Change the Way You Live 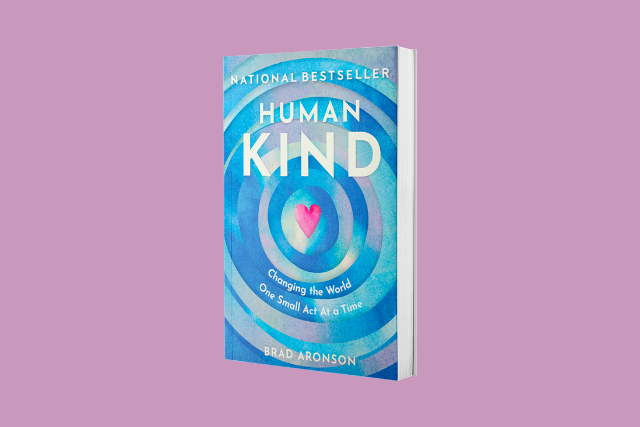 These Stories Will Change the Way You Live