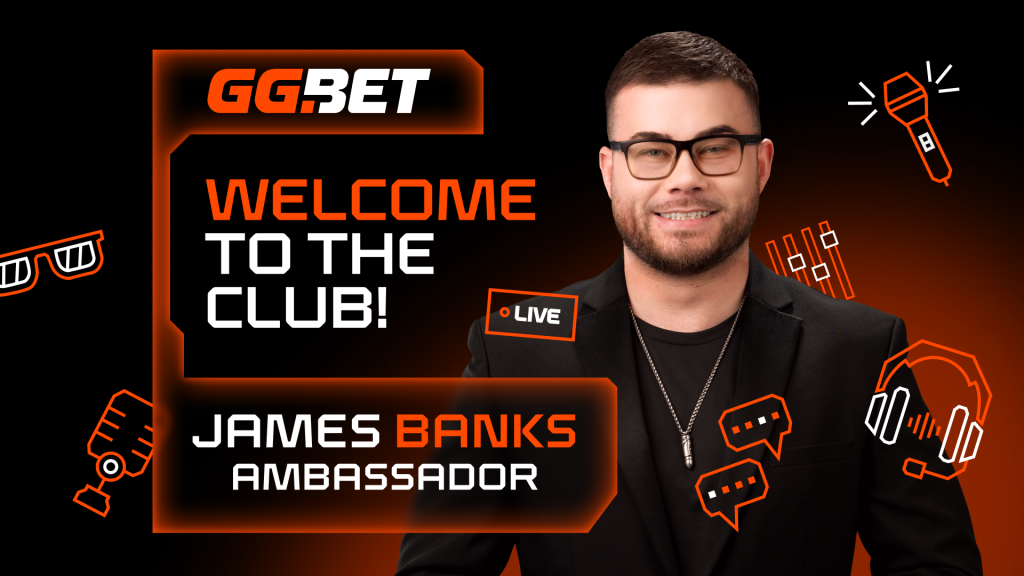 The video series includes live broadcasts and recaps of recent events alongside the organisation of exclusive activities for the bookmaker’s subscribers. Additionally, Banks will collaborate with other GG.BET ambassadors on joint content projects and promotions.

Banks is no stranger to CS:GO tournament coverage. Over the course of his career, he’s hosted numerous Tier 1 tournaments operated by BLAST, ESL and PGL. The host is currently working at the IEM Rio Major and will publish the first videos as a GG.BET ambassador over the course of the tournament.

In recent months, the bookmaker has bolstered its roster of ambassadors. In October, it announced a collaboration with Dota 2 Heroes Guides author Michael Yossef ‘Torte de Lini’ Cohen-Palacios and in August, it recruited Dota 2 commentator Andrew Jenkins.

GG.BET is also a regular partner of CS:GO events. April saw the bookmaker join forces with PGL for the Antwerp Major. In 2020, it signed a deal with tournament organiser ESL to become its official global betting partner.

Dmitry Voshkarin, CEO of GG.BET, spoke on the news: “James Banks is a big CS:GO fan. He even used to play professionally himself. Banks has had a major influence on the CS:GO community and continues to contribute to its continued growth.

“We’re all set and ready to support his efforts to help the industry and are delighted to welcome him to the big GG.BET brand ambassador family.”