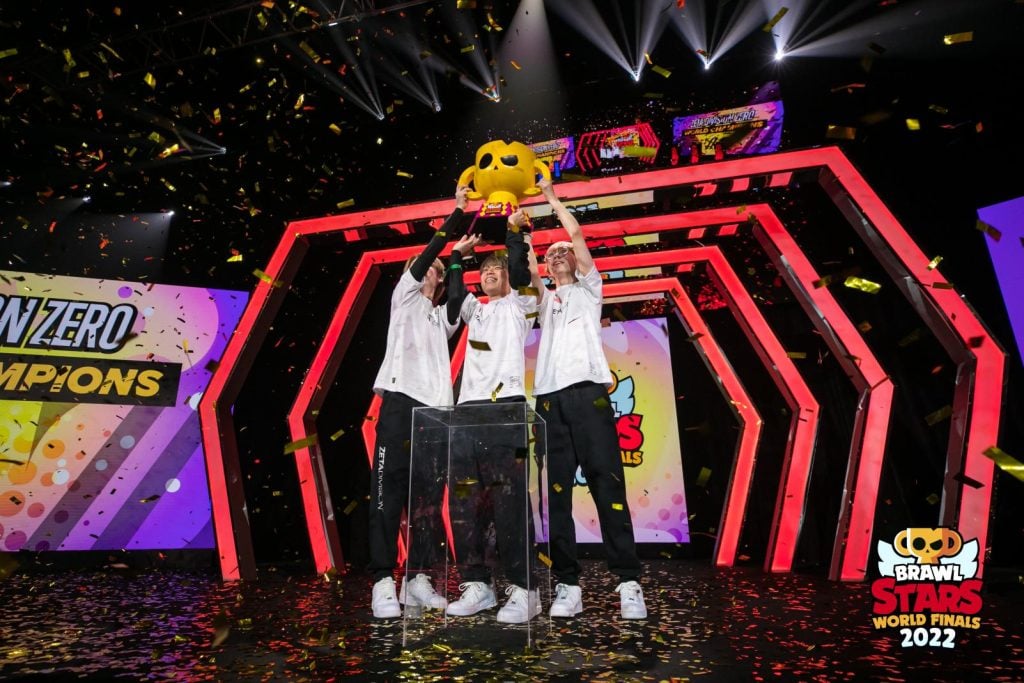 Earlier this week, Brawl Stars’ biggest esports event of the year, the World Finals, took place at Disneyland Paris — a rather fitting venue for a game centred around a theme park.

The event, which was eventually won by Japanese organisation ZETA DIVISION, not only featured an energetic live audience but it also smashed the game’s previous viewership records. Held at the Disney Events Arena in a massive white tent decorated with Brawl Stars props, the walls of the entrance were plastered with some of the game’s most notable characters.

It was abundantly clear that the World Finals, full of eye-catching bright colours and a welcoming, friendly, cartoonish aesthetic, served as a showcase for Brawl Stars’ developing esports ecosystem. But creating a sense of community also seemed to be central to developer Supercell’s esports ambitions.

“We know that games can be 10 years old and successful. We have the same ambition with Brawl Stars. So what do we need to do to make sure that we have an ecosystem which works for our players, community and organisations to be still relevant 10 years from now.”

These are certainly lofty ambitions, especially since mobile esports are relatively new in comparison to PC and console disciplines. However, with more and more titles standing the test of time — such as League of Legends, Dota 2 and CS:GO — it’s not unfathomable. Unlike those three titles, though, Brawl Stars has identified that it needs to do things differently.

The game, which launched globally in 2018, is currently navigating a very unpredictable mobile esports landscape, particularly within the Western world. Riot Games has pulled the plug on its Western League of Legends Wild Rift ecosystem, putting its focus on Asia. At the same time, Honor of Kings’ impending global launch is a welcome boost to the Western mobile esports scene.

Due to mobile esports’ unpredictable nature, Brawl Stars decided to take a different approach, focusing less on the organisations competing and more on the community it serves.

“From the beginning we didn’t want to have a franchise esports ecosystem, for example. I think that’s very abstract, especially in mobile. There’s not much proof of concept of mobile esports being successful in the West. So for us, we always believe that community comes first and we wanted that everyone in the community can compete.”

This community-focused approach can be traced to the game’s origins. Keienburg told Esports Insider that while esports was discussed for Brawl Stars prior to its global launch, it was never a priority.

“Very early in the days, before we went global, we already talked about esports and if we should do esports or not. But for us, there was always this belief that you cannot make a game saying ‘we do it for esports’.

“I think the game comes first. Then when you see that the community is gravitating towards the game and want to see people compete in the game — then, as a company, our job is to empower that.”

That time quickly came. Sitting at a Starbucks in Disneyland, Keienburg recounted an internal Brawl Stars tournament prior to the game’s global launch. Staff competed while two community managers casted the game.

“I realised that the waiting staff stopped waiting and they stared at the screen and followed the action. I was like, huh, I think we have a competitive game.” 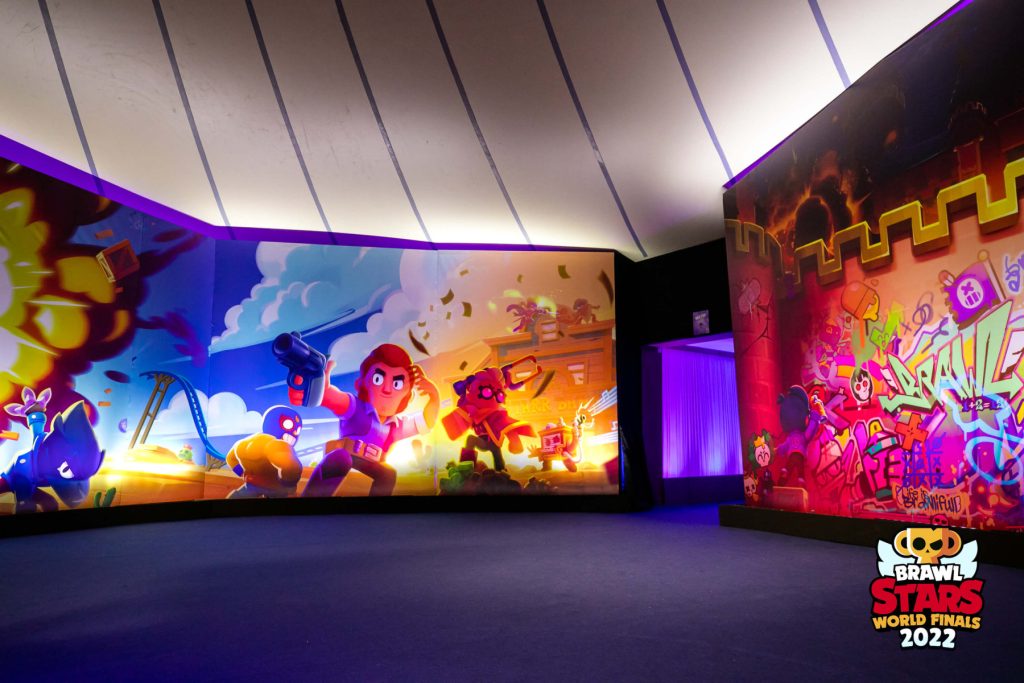 Following the game’s worldwide launch in December 2018, Supercell created a competitive system in which each season concluded with a Brawl Stars World Finals. Following its first global event in Busan, South Korea, the World Finals took place online in 2020 before heading to Bucharest, Romania last year.

But this year’s event at Disneyland Paris looked to be a crowning moment for Brawl Stars’ esports ecosystem.

Not only was this the game’s first official Supercell-run event with a live audience since the pandemic; it was also finally a chance to dig into Brawl Star’s in-game theme. “The game world of Brawl Stars takes place in a theme park called Starr Park. So what is closer than actually combining the game world with the real world and having an actual event in a theme park,” Keienburg added.

According to Brawl Stars’ game lead, the event sold out within five hours of tickets going live. “I think we might have even underestimated how many people would like to see this live,” chuckled Keienburg.

Supercell invited over 50 Brawl Stars creators to the event, providing opportunities for fans to not just see the action, but interact with some of their favourite personalities.

An atmosphere of unity was felt throughout the venue, highlighted during the broadcast by players walking through the audience to make their entrance during the event’s semi-finals and finals. 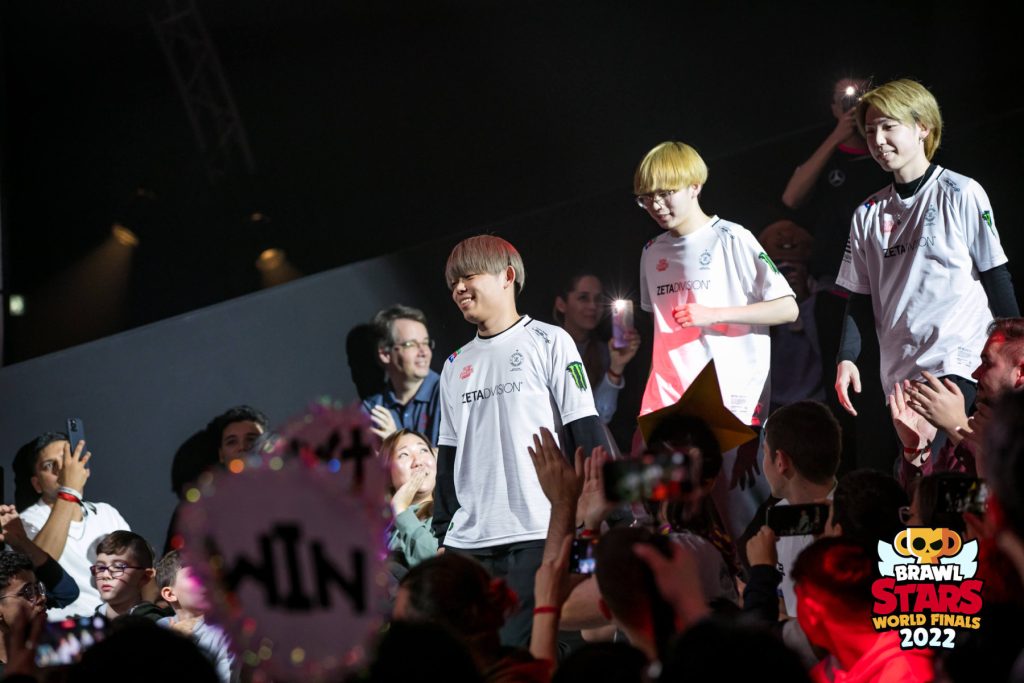 Catering to the casuals

In yet another sign of its community-focused thesis, Brawl Stars’ esports structure starts directly in the game itself. In order to qualify for monthly finals, which helps secure points that go towards Brawl Stars World Finals, teams have to enter through in-game challenges.

This opens the door for anybody to compete, and reinforces the sense of community that Keienburg sees as so central to Brawl Stars esports. In particular, he highlighted European free agent team Dogster Lobster, which nearly qualified for the World Finals, finishing 9th on EMEA championship points.

Alongside its official esports structure, Supercell collaborates with a range of third party tournament operators to flesh out the scene.

“Our whole esports programme is structured in a way that we’re trying to see how a player gets from a casual player to become an engaged player,” stated Keienburg. “You’re not going from nothing to participating in official esports programmes. So how do players get there?”

In fact, it was recently announced that the Snapdragon Pro Series Mobile Challenge finals for Brawl Stars and Clash of Clans (two Supercell titles) will take place at the inaugural DreamHack San Diego in April. Each tournament will feature a $50,000 (£41,000) prize pool.

Whilst Brawl Stars’ esports scene has shown progression following the COVID pandemic, Keienburg is aware that there is still room for improvement. “We have a mild evolution of the structures and systems in place. It’s moving forward next year,” he said, without letting on what that evolution entails. “We want to just keep improving.”

Eastern-focus titles, such as Honor of Kings and Mobile Legends: Bang Bang, remain at the top of the mobile pyramid, as mobile esports continues to lag far behind in the West. But Brawl Stars is on a mission to change that. With a large Western audience, Supercell is providing the mobile scene with a growing glimmer of hope across Europe, LATAM and North America.