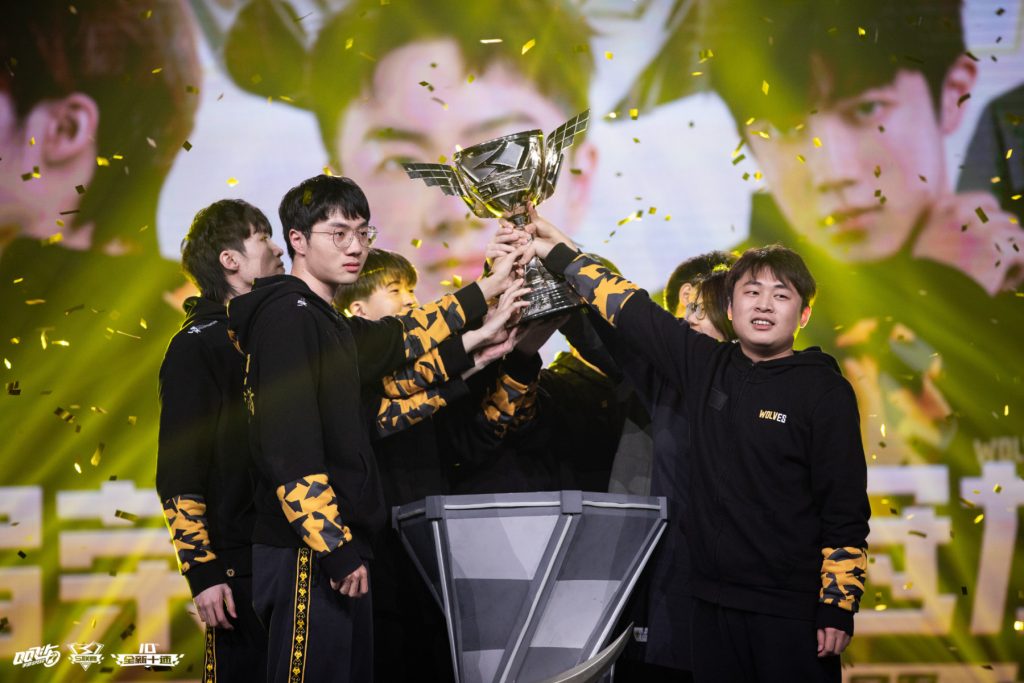 Given the industry’s popularity among younger generations, it’s no surprise to see the number of football clubs that have entered the esports scene over the years.

The likes of PSG, Schalke, FC Barcelona, among many others have launched esports divisions for varying reasons that range from competitive success to strengthening its community. However, one club in particular stands out from the rest: Wolverhampton Wanderers.

The Premier League football club entered the esports industry in 2018 and has competed in Rainbow SIx Siege, FIFA and Rocket League. However, what makes Wolves Esports unique is its distinct focus on operations in China, esports’ largest market.

Wolves Esports competes in a range of popular Asian mobile titles including Honor of Kings, PUBG Mobile and Call of Duty Mobile — most of which have gone on to win countless tournaments.

Why did Wolves opt to invest in China’s ecosystem? “We have made great efforts to develop esports in China because it is in line with the development of the times,” said Clarie Teng, the General Manager of Wolves Esports China.

“In the past, esports was a mode of operation of games, but now esports has not only moved forward to sports but also become the mainstream cultural lifestyle of young people.”

Despite China pausing new video game certifications and introducing strict laws on gaming for under 18s, it is still esports’ largest market. Teng claimed that the market size is expected to increase to 309.6bn yuan in 2026, made up mostly of Gen Z users. “It all shows that China’s esports is a huge and young market, rich with potential.”

Another reason for Wolves’ push into Asia is fan acquisition, both for its esports division and overall brand. As football clubs have slowly begun to transition into global brands, most tend to develop fan bases outside of their home countries. Given that Wolves is owned by Chinese multinational conglomerate holding company Fosun Group, the option to centre on China makes sense, and esports has been chosen as the vehicle to bolster its reputation.

“When we promote Wolves Esports in China, we always proceed from Wolves’ own IP and culture. For example, ‘One Pack’ or ‘Wolves ay we’ are concepts that we often inculcate into fans in our publicity, so they will agree that they are not only fans of Wolves Esports, but also fans of the Wolves family,” said Teng.

“Esports fans are usually young, and young people are always interested in all kinds of content and have a spirit of exploration. They will learn about Wolves football because they like Wolves Esports.

“Wolves Esports helps the football club expand its popularity in China, which allows our business partners to have more ways and channels to understand the value of this team, which is helpful to promote follow-up business cooperation.”

The Eastern World, particularly South Korea and China, is traditionally heralded as the industry’s most developed regions when it comes to the esports industry. However, given that viewership figures are hard to accurately gauge in China, the scale of its popularity is obscure. This means that while those in the Western world know that esports is big in China, their understanding of its ecosystem is limited.

League of Legends is undoubtedly the most popular game in China, and arguably the world, however the regional scene also features prominent mobile titles such as Peacekeeper Elite (China’s port of PUBG Mobile) and Honor of Kings.

“Because there are a large number of female mobile game users, these users occupy mainstream Chinese social media platforms such as Weibo and Douban,” commented Teng. “They follow star players and bring a lot of attention to mobile esports. So, among the top three esports projects in China, two are mobile games.”

Tencent-owned mobile MOBA Honor of Kings features a prominent franchise league, similar to that of the LEC or LCS, called the King Pro League. In September 2021, Wolves acquired notable HoK side Chongqing QGhappy in a bid to bolster its competitive ambitions, with the investment helping Wolves tap further into the Chinese esports fanbase.

According to Wolves Esports’ GM, the organisation’s WeChat reached 100,000 users over six months. Teng highlighted that its core fan group has been accumulated through its Honor of Kings project. In September 2022, The organisation launched a store in Chongqing where fans can watch Wolves Esports competitions, buy products and even drink Wolves-themed coffee.

Nevertheless, despite strides being made by mobile gaming in China, Teng does state that PC esports still is ahead in terms of competitiveness, global popularity and commercial maturity. 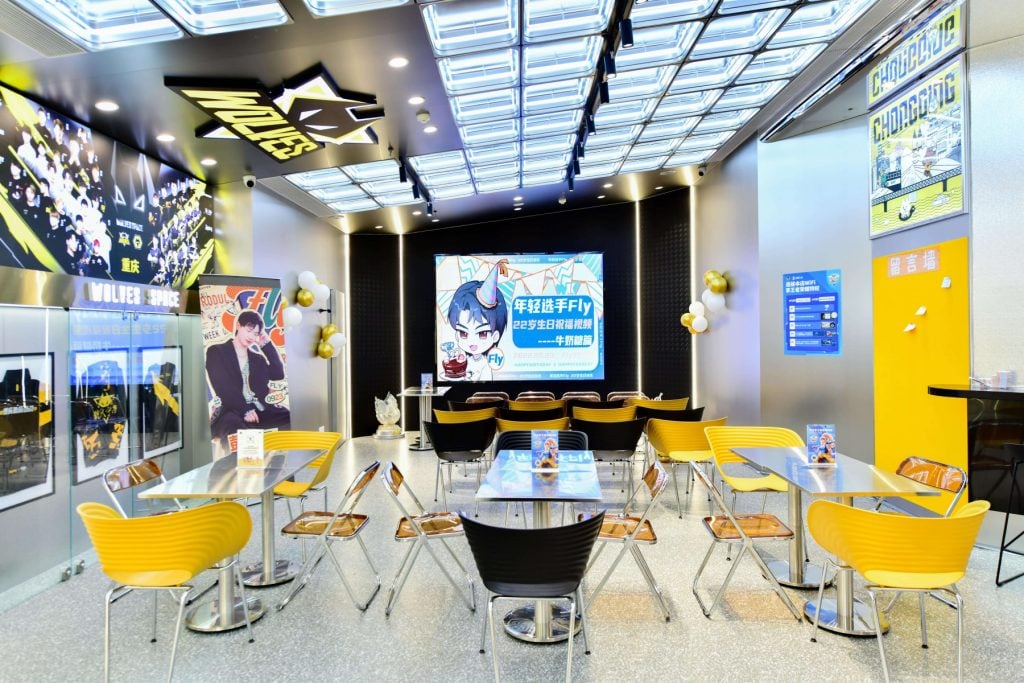 One thing that is very clear from Wolves Esports’ accolades, across all of its titles, is that the organisation has forged a competitive-first approach. This may sound like an obvious goal for a team, but different football clubs — and indeed esports organisations — use esports for different ends. Manchester City, for example, are using esports as more of a community engagement tool rather than primarily focusing on competitive success.

Meanwhile, PSG Esports largely operates through joint ventures with other notable organisations such as LGD (for Dota 2) and Talon Esports (for League of Legends). Finally, after its LEC franchise sale to BDS, Schalke O4 Esports now operates more on a regional scale. A similar regional focus can also be seen by FC Barcelona esports, which competes in the Spanish League of Legends league.

For football clubs, the goal isn’t necessarily to build a business, but to strengthen already existing brands and bring new fans into the fold. As such, strategies differ from club-to-club, with Wolves taking a more competitive route.

In China alone, Wolves has seven divisions, each of which has a specific team leading its projects. Some of the organisations’ recent accolades include winning QQ Speed’s 2022 S-League Championship, being crowned EACC 2022 summer trials champion (FIFA Online 4) and winning the 2022 KIng Pro League Summer Split. Wolves also recently competed in the 2022 Call of Duty Mobile Championship and PUBG Mobile Global Championship.

Teng commented: “Interestingly, the fans of Wolves Esports are notoriously strict on us. So [whenever] anything conflicts with our training, such as market exposure or commercial sponsorship, I tend to choose the training without hesitation. 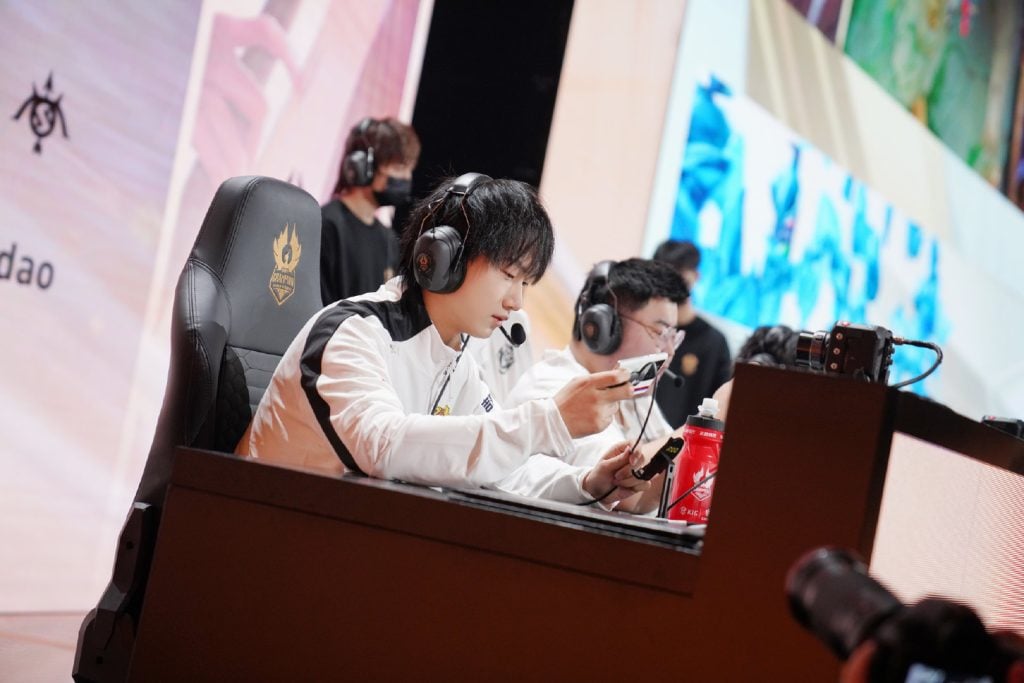 Wolves Esports is looking at opportunities to bolster its esports division internationally through the use of its Chinese division. Teng stated that this was one of the reasons Wolves opted to go into COD Mobile. “Identity V is also a very popular mobile game in Asia, but we wanted to continue with an influential mobile game not only in Asia, but also in the world. Expanding our international esports territory through COD Mobile is undoubtedly the best choice.”

When it comes to the organisation’s goals and ambitions for 2023, Teng replied with a sincere response: “For any club, survival must be the first priority.” For Wolves Esports that includes stabilising its training and performances for every division, maintaining competitive strength, exploring more business models and consolidating its existing fans whilst attracting new ones.

According to Wolves Esports China’s GM, the organisation also plans to pay attention to more projects that have ‘global influence’ in order to strengthen Wolves’ IP to attract more young people.

As more traditional sport teams and athletes enter esports — and move into China — each will take different routes. However, the goal will always remain the same: To create global brands and build new fanbases. It’s easy to forget that Wolves is still a Premier League football club from the West Midlands, a testament to how well it’s grown its brand internationally.