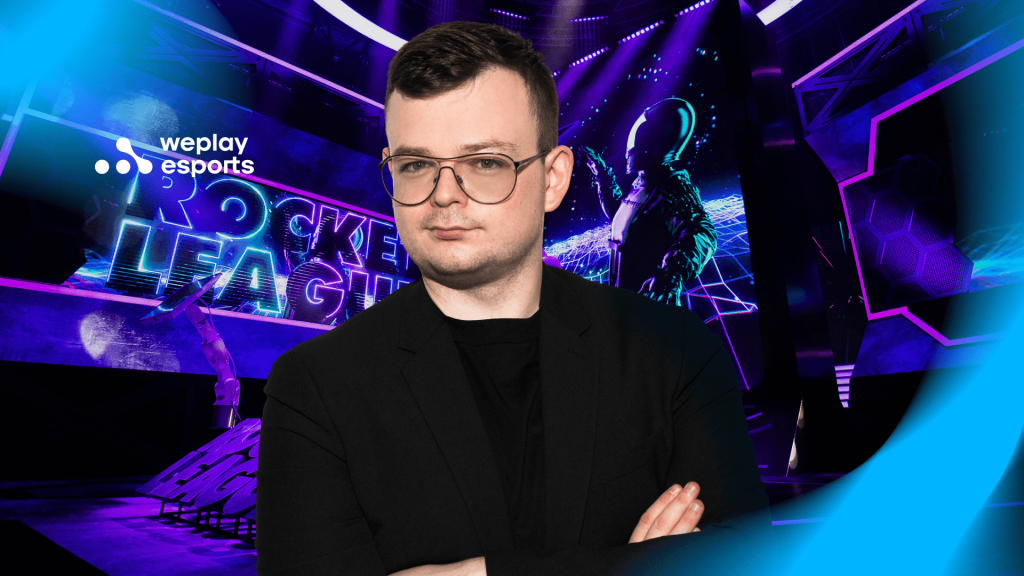 If you’ve watched a WePlay Esports broadcast, you probably remember it. The production company has engineered some of the most visually iconic events over the past few years, from Dota 2’s 2021 AniMajor to the One True Genshinologist Quiz Show — based on the hit game Genshin Impact.

Maksym Bilonogov, Chief Visionary Officer and General Producer at WePlay, believes that audiences are now more invested in esports productions than ever before. “In 2016, just using augmented reality (AR) technologies would cause a ‘wow’ effect, but now AR is a must.

“Looking at the recent esports tournaments, people have started comparing them with sports events, music gigs and even Hollywood-level shows. And that is not so far from the truth.”

Lessons from the pandemic

The corporation’s shift towards more remote working was not an accident, he explained. “Lockdown has given our team the experience of working remotely. This also helped them adapt to the changes after the start of a full-scale war by Russia.

“Our new arena in Los Angeles can be managed online from Kyiv. Currently, we have about 30 people at the arena, and the rest of the team can work from all over the world and still assist in creating high-level content. ”

In addition to managing productions from abroad, Bilonogov has also watched the growth of remote broadcasting technology. “Instead of 10 cameramen, you need only one who can control cameras from a computer. So my vision is that esports tends to use mobile teams to produce events and tournaments around the world.” 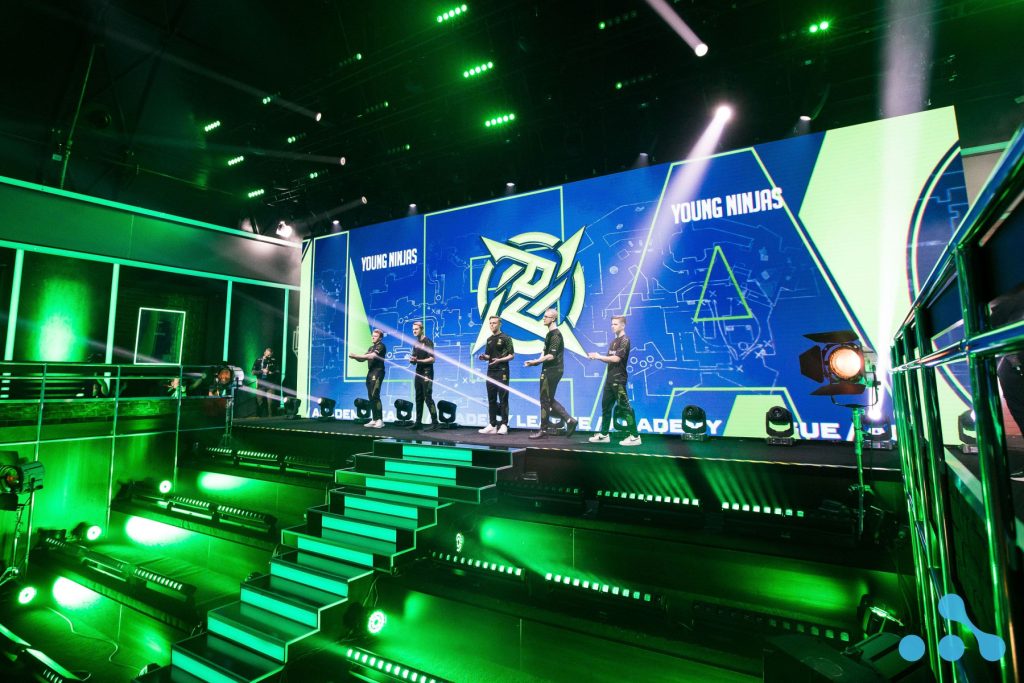 Remote-controlled cameras with pre-set sequences have already been a game changer for news broadcasters, which typically host from the same studio fairly regularly. The equipment allows studios to save costs and increase production reliability. At the same time, companies can reallocate staff to engineering more complex production sequences.

As a digital-native industry, esports was one of the only competitive ‘sporting’ sectors still running during the pandemic. Without the excitement of physical crowds, Bilonogov explained that online audiences still had a “thirst for entertainment.”

Following the cancellation of the 2020 DOTA 2 International due to the pandemic, WePlay fought to make the 2021 AniMajor a success. The event went ahead without an offline audience, and the anime-inspired event would garner over 37m watch hours: the highest of any DOTA tournament that year excluding The International.

In addition to the tournament’s unique branding, the WePlay team added elements to engage the audience at home. This ranged from AR, side content projects and communication with viewers through social media and chats. 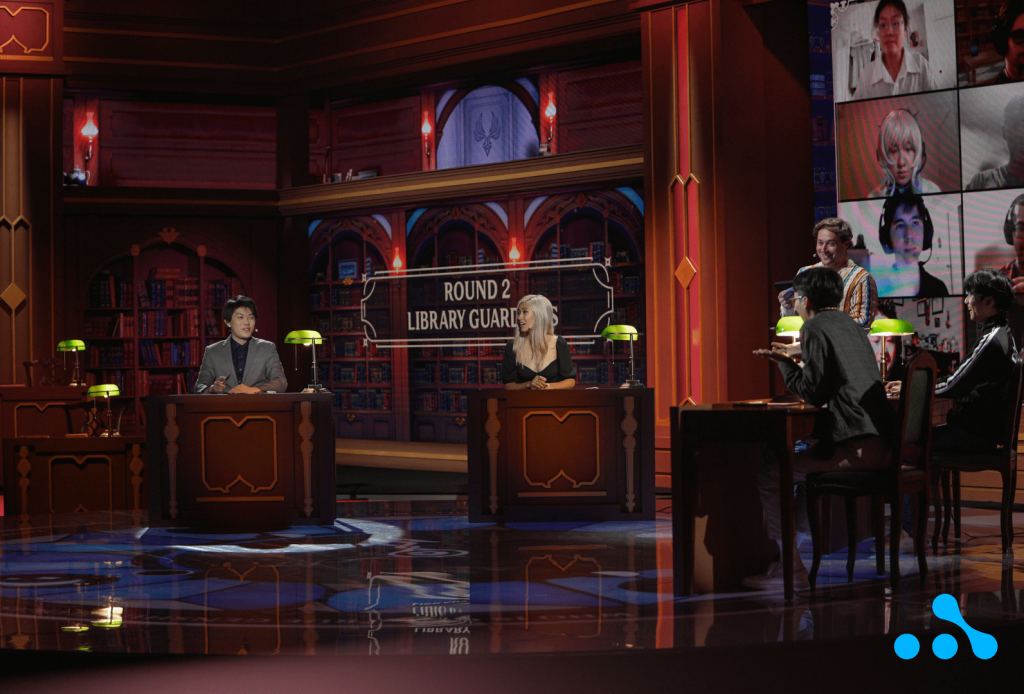 The pitch for DOTA 2’s AniMajor may have raised a few eyebrows among esports purists, but Bilonogov argued the anime theme actually made sense for the game’s players and brand partners. “We used the anime theme because we saw the interest of the community”, he said. The team recognised that there would be significant crossover in player interests, and DOTA had just released its own anime show on Netflix.

He continued: “If we used the same theme for CS:GO, for example, my guess is that the effect would be different. Our main task as an organiser is to understand what the viewer wants to see and to bring this experience to the table.”

While all esports events follow the same fundamental production process like setting up broadcasting equipment, lighting and gear for matches, every title is different. Audiences expect different visual brands and tones from official broadcasts for each game. The stage design for Rocket League, for example, is completely different to the stage design for WePlay’s DOTA 2 tournaments.

In Rocket League, there was no live audience or teams so WePlay’s producers designed a more open stage for its talent. Moreover, information about the game is not as valuable of a commodity so the event reflected this during its broadcasts. By contrast, in DOTA, teams are five-strong and have to be completely insulated from crowd noise in large booths to make sure neither gets a competitive advantage.

The narrative that esports tournaments should ‘catch up’ with the broadcasting quality of sports tournaments is less and less relevant. It has been five years since a virtual dragon landed on the roof of Beijing’s National Stadium during the League of Legends World Finals. Today, esports production teams look to sports broadcasts for inspiration, while trying to find their own style.

“We do follow innovations in these areas and use them for our events when needed,” Bilonogov admitted.

“For instance, we used BPM monitors during the WePlay Academy League so that the audience could see the players’ heartbeats, which made the match more exciting. The idea of using BPM monitors came to us from football, where they use similar devices for training.”

Perhaps ironically, the company has now come full circle and is actively collaborating with sporting tournament organisers to raise the bar for video production. WePlay Esports now broadcasts the NFL Tuesday Night Gaming show from its Los Angeles arena in cooperation with Enthusiast Gaming. The collaboration is a sign that more known and famous brands are interested in activating gamers’ audience.

When almost everyone is playing games, including NFL stars, companies such as Enthusiast Gaming and WePlay Esports look to offer a solution by creating marketing activation that engages younger audiences. 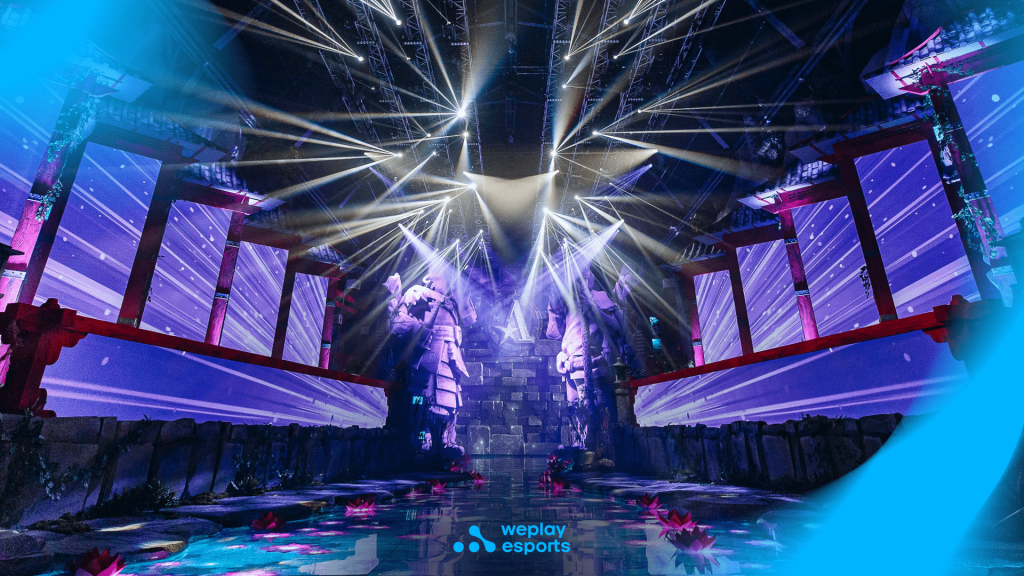 As for the future of esports broadcasting, Bilonogov remarked that it was down to technological innovation. “The future of esports depends on what technologies we will have. For example, the sector of artificial intelligence is now actively developing. AI no longer seems like something distant and impossible — it is gradually becoming a part of our daily lives.”

With larger non-endemic sponsors arriving on the esports scene, also comes the possibility for esports-specific arenas along the lines of traditional sports. “Traditional sports arenas usually don’t suit the purposes of esports tournaments, and instead of remodelling existing spaces, esports organisations can just have their own,” he added. Such arenas have already popped up in Texas and in London, but both have to fill their calendar with non-esports events due to the unprofitability of focusing on esports year-round.

The boundaries between competition and pure entertainment are increasingly being blurred by online celebrities, exemplified by popular streamer Ludwig’s Smash invitational. The rise of influencers offers another tantalising opportunity for production agencies like WePlay that are used to re-inventing themselves constantly to deliver the best service to clients.