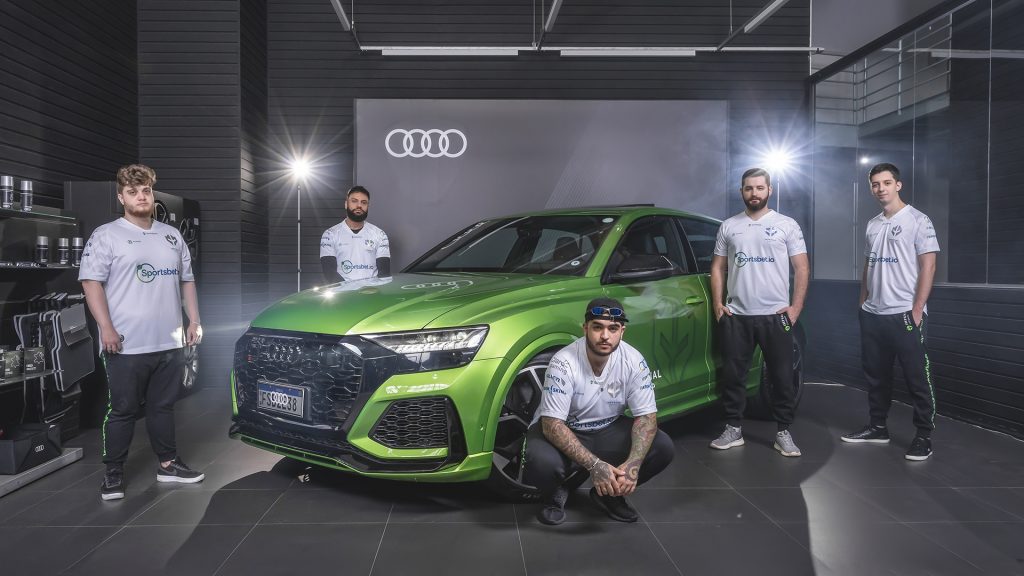 Brazilian esports organisation Imperial Sportsbet.io has partnered with Automotive manufacturer Audi prior to its participation in the IEM Rio Major 2022.

Audi will be responsible for the team’s transport during the competition, making three cars available for the players.

The cars used during these marketing activations — which will be transporting Brazilian CS:GO stars like Gabriel ‘Fallen’ Toledo and Fernando ‘Fer’ Alvarenga — are the A5 Sportback RS 6 Avant and RS Q8. All of them are coloured green, the same colour scheme as Imperial.

This is not the first time Imperial has closed a partnership with a motor-related company. In 2021, motorcycle manufacturer Voltz Motors signed as a sponsor of the organisation.

The IEM Rio Major 2022 will be held in Brazil between October 31st and November 13th. It is expected that over 200,000 people will attend the event in Rio de Janeiro across the whole competition.

Cláudio Rawicz, Marketing and Communications Director at Audi Brazil, commented: “Audi was born in competitive sports and has adrenaline running through its veins. We are very excited to join as a supporter of Imperial in e-sports, a universe that engages and enthrals an increasingly broad and diverse audience.”

Audi has been active in esports by sponsoring events such as the League of Legends Belgian League in 2020 and initiatives by the Astralis Group. Audi Belgium’s Marketing & Communication Manager, Stef Sleurs, will be at Esports Revolution in Brussels on November 15th. The event, launched in collaboration with Esports Insider and gaming agency META, will see Sleurs present company case studies and strategic choices when using esports in their campaigns.

For the Imperial Sportsbet.io CEO Felippe Martins, having a brand such as Audi support the organisation highlighted that the Imperial has “transcended the esports universe.”