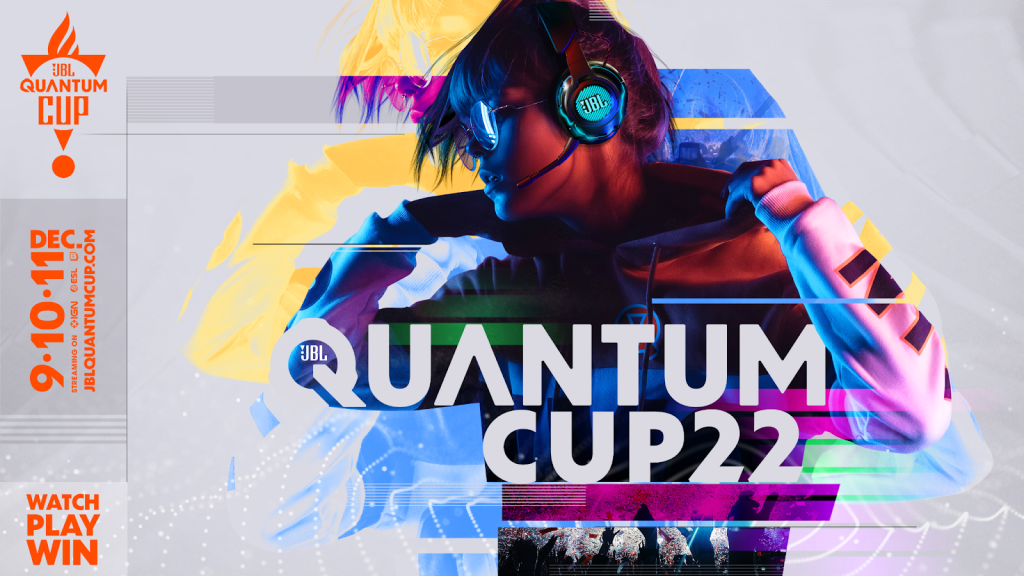 Audio brand JBL has announced this year’s edition of the JBL Quantum Cup, an esports tournament that will take place across DreamHack Atlanta, DreamHack Winter and DreamHack Valencia.

Players can compete in-person at DreamHack Atlanta and DreamHack Winter in November, before the finals are live streamed as part of DreamHack Valencia from December 9-11th.

The JBL Quantum Cup will consist of competitions in both Fortnite and Apex Legends, and has a total prize pool of $200,000 (£170,000). The yearly tournament series is named after JBL’s gaming product line JBL Quantum.

This is the third edition of the JBL Quantum Cup, and the first to take place across multiple events in-person and online. It is also the second edition to host both Apex Legends and Fortnite tournaments, with the former being added in 2021.

The 2022 edition of the Quantum Cup will host meet and greets with esports players at DreamHack events, as well as a dedicated content creation hub jointly created by ESL FACEIT Group and JBL.

The two companies did not share any further details about this activation, but announced that 100Thieves members Brooke AB and NiceWigg, alongside JBL ambassadors SypherPK and Ninjayla, will host watch parties for the tournament.

The tournament marks the first time JBL has teamed up with DreamHack for the Quantum Cup, and its move to make the initial two qualifier tournaments open for in person competitions, rather than the final event itself, is an interesting one.

Michael Craig, Senior Director of Global Marketing at JBL parent company HARMAN, said: “This year we are taking [the JBL Quantum Cup] a step further by introducing a hybrid experience. … For the first time ever, we are thrilled to bring together all level gamers to participate in live, in-person gaming experiences, placing them at the centre of esports.”