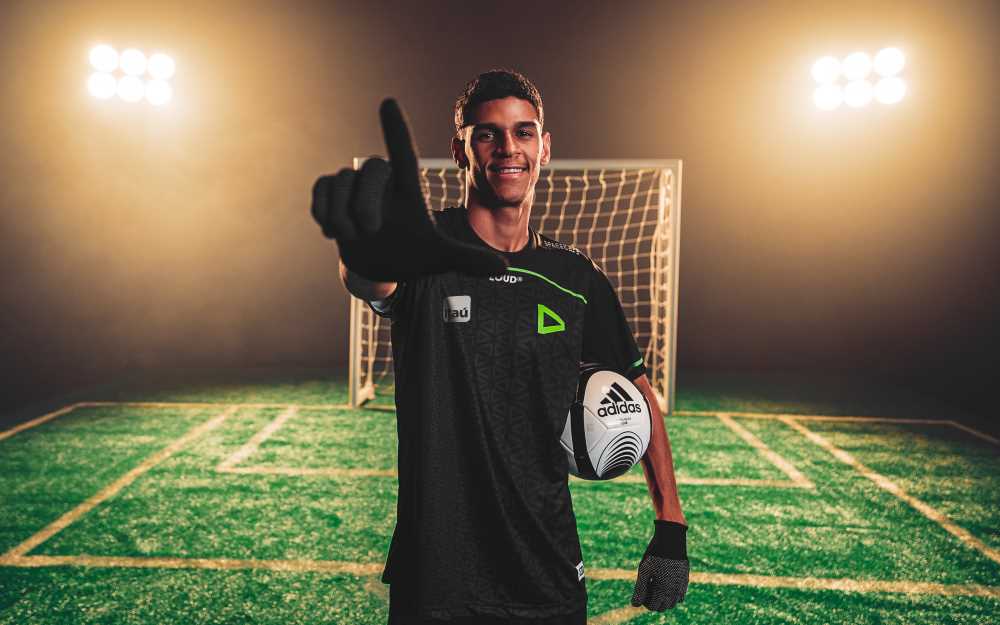 The popular content creator currently has over 20m followers on TikTok, plus almost 19m followers on Instagram, making him one of the most prominent sports influencers in Brazil.

The signing of Ferreira is also an approach made by LOUD to potentially garner football fans. The content creator notably got famous through videos showing his football skills. It is not unusual to see him recording with or being referenced by football stars. Moreover, he has also attended a range of notable events such as the UEFA Champions League Finals.

Approaching a football audience comes at a handy time for LOUD as the world prepares for the FIFA World Cup in Qatar. Throughout the past year, Ferreira has also appeared in advertisement pieces for companies like McDonald’s and Amazon Prime, usually referencing a football event.

As an ambassador, Ferreira will promote LOUD’s brand in his appearances and will also be featured in content produced in partnership with the organisation.

LOUD Founder, Bruno ‘Playhard’ Bittencourt, commented on the sign-up of Ferreira in the announcement’s press release: “We know that football is a passion very present among our fans, so it was a territory we always wanted to explore.

“No one better than [Ferreira] to start with, since his story is very similar to ours, realising your dreams doing what you love, and proving yourself day after day. Now we can connect the world of football games to deliver entirely new experiences to our community.”

This is not the first time Ferreira has been mentioned within the esports community. He was present at the latest Brazilian League of Legends Championship (CBLOL) finals, held in the Ibirapuera Gymnasium in São Paulo, and became one of the attractions of the event. Interestingly, LOUD won the latest CBLOL title.