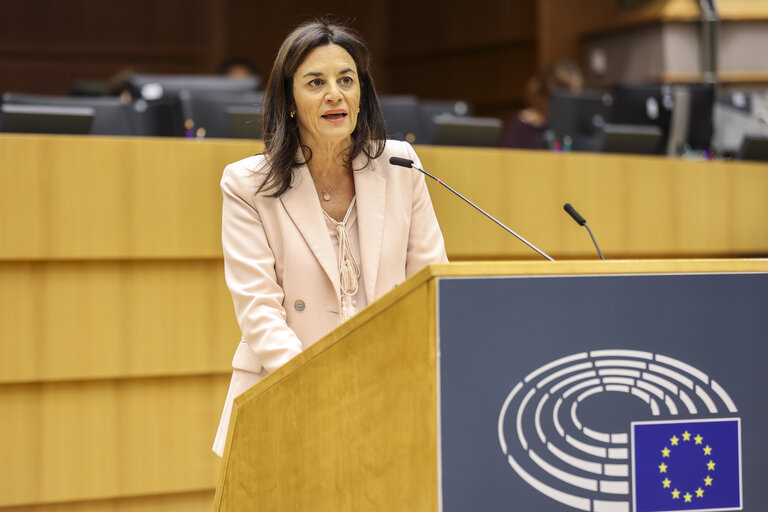 In November, the European Parliament passed a hallmark resolution recognising the value of the European esports and video game industry. The report recommended a long-term strategy for the European Union to support and fund both sectors.

The initiative, which passed with a convincing 92% votes in favour, was championed by Member of European Parliament (MEP) Laurence Farreng, a French politician from the Renew Europe Group.

It was inevitable that esports would eventually draw the attention of authorities looking to support, fund and regulate it — in fact, many would argue that attention is long overdue. Yet in an interview with Esports Insider, Farreng said it was predominantly the COVID-19 pandemic that brought esports and gaming to the attention of her and her committee.

“We decided to write a resolution on the recovery of the cultural sector and asked for special means in the recovery plan for these industries. And that’s when I realised that the video games sector was so huge and so important,” she said.

Approaching the subject, Farreng saw the need for policies, programmes and incentives to take place at the European level. According to her, the Creative Europe programme — an EU initiative that offers funding for audiovisual industries — was insufficient, as it largely focused on other cultural sectors like literature, movies and art. Esports and gaming needed their own funding. But to get it, they’d first have to be defined.

“A very positive point [of the report] is that we have revealed what the sector is,” Farreng explained. “[We] weighed its specificities, the need to better consider it with specific programmes, specific funding, defending its specificity because it’s based on intellectual property and we have to protect European IP and cultural assets.”

The protection of intellectual property (IP) rights — which the EU has declared one of the defining differences between esports and sports — is an instrumental point for publishers when it comes to regulation.

According to video game industry representative body Interactive Software Federation of Europe (ISFE), esports is based on intellectual property, made possible by a significant upfront investment by video game publishers and developers, and the rules of video games are constantly adjusted by their developers and publishers.

As a French MEP, Farreng has the backing of President Emmanuel Macron, who’s become an active voice in favour of esports in recent years. She was present at an event at the Élysée Palace, the official residence of the President of the French Republic, to which major French esports stakeholders like Team Vitality and Karmine Corp were invited.

Growing attention on the sector by politicians can be credited, at least in part, to the economic potential that esports events bring to host cities. In fact, when BLAST decided to bring the upcoming CS:GO Major to Paris, President Macron himself made the announcement.

Farreng believes purpose-made laws can reinforce that economic potential. The MEP highlighted intentions to allocate funds for venues and other structures to support the development of the scene, as well as investing in infrastructure that makes European cities more attractive to host events.

The resolution is comprehensive in its ambition to make Europe attractive. Amid a string of proposals, one priority it identified was the need to enhance visa processes and working conditions in esports given the international nature of the sector. The November resolution proposed the creation of a wide-ranging visa for all esports participants and personnel, based on existing Schengen cultural and sports visas.

Dr. Nepomuk Nothelfer, a legal researcher who was commissioned to conduct the report on esports for the EU, also shared his insights: “Esports are inherently digital, and because the internet has no national boundaries, the industry is inherently international.

“Their international character has a significant impact on almost every aspect of the sector, like team communication, cultural differences in building ecosystems, immigration and employment, and drafting of contracts. As a result, it is important to address many challenges on a supranational scale.”

The high margin by which the resolution was passed by Parliament proves the appetite across Europe for new legislation, Farreng said, crediting the 560 votes in favour as the product of working together across political parties. However, one of the subjects approached by Farreng, and the resolution, is the promotion of European values of inclusion and equality — which proved more controversial for far-right groups.

“Of course, we always have the same issue with the far right,” she said. “They say the aim of our report is to influence the youth with European values and ‘wokeness’.”

Yet Farreng said that even some of the more reluctant groups changed their minds, paving the way to enshrine a value-based approach into Europe’s esports strategy: “I think it was very difficult to vote against because, for those who read it, you can’t be against concerns with so many companies in the creative sector and the youth.”

For all the progress it signals, much of the work is still to be done — the resolution, after all, is only a recommendation. How its guidance is implemented is yet to be decided. “The first success was to have this report,” Farreng commented. “The second one was to have this very large vote. During the process, we had a debate in the European Parliament about video games, so it was a big step.”