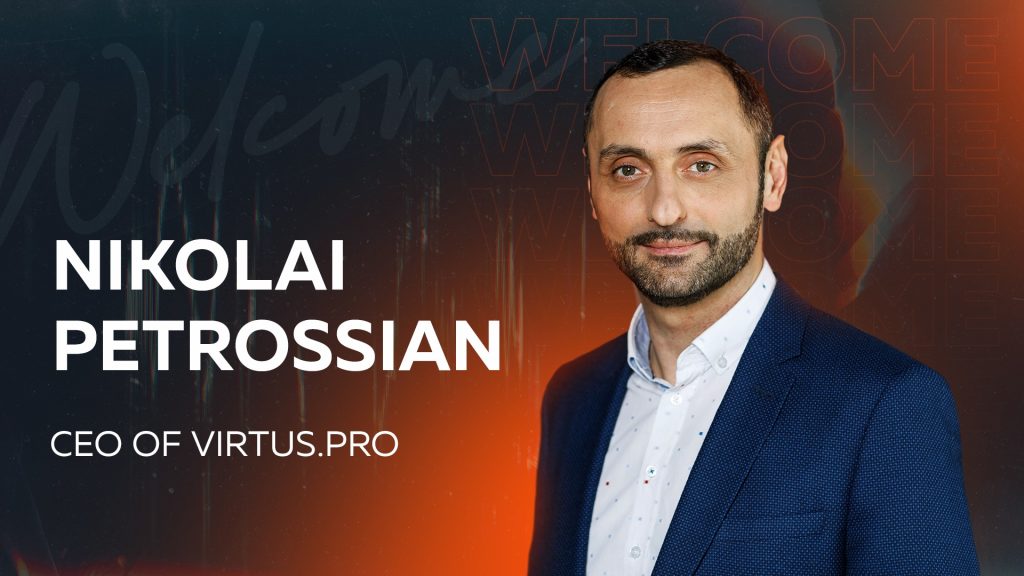 Petrossian replaces the organisation’s new owner Aram Karamanukyan in the position, who had announced himself as CEO in September.

In an official announcement on Virtus.pro’s website, Petrossian explained the move: “We made a decision to go forward with a more experienced CEO, the one that will be able to take charge of all the little things and nuances of the esports business establishment, communicate with managers from every discipline on a daily basis and be effective at operations management. Nikolai was an obvious choice.”

Karamanukyan will remain an investor of Virtus.pro, the organisation said. The Armenian businessman had no prior experience with esports when he was announced as CEO.

Petrossian has experience working as the PR Director for Adidas CIS and also with the betting business in Russia. Most notable, though, is his experience as the CEO of Russian entertainment conglomerate ESforce Holding, the company that owned Virtus.pro before the purchase by Karamanukyan.

Petrossian commented in his announcement post: “I gladly accepted the offer to lead Virtus.pro. I have thoroughly studied how the club works during its time in ESforce, and I will be glad to use this knowledge now that both the club and I have left the holding.”

ESforce Holdings announced the departure of Petrossian as its CEO just yesterday, replacing him with a ‘managment company’ rather than an individual.

In an interview with Esports Insider in September, Karamanukyan admitted inexperience in working with esports, perhaps a motivation in his step down from the CEO position. He also expressed a strong connection with his country, Armenia, a subject brought back during the announcement of Petrossian.

“There is another reason [to accept the role of Virtus.pro CEO]: the potential of Virtus.pro for the development of esports in Armenia. I have lived in Armenia for 31 years, this is where my personal and professional journey began, so I am very happy to return to the roots,” said Petrossian. The new CEO has been highly vocal of his support for Armenian issues on what appears to be his Twitter account.

Virtus.pro, using the tag ‘Outsiders’ after being barred from participating by ESL after Russia’s invasion of Ukraine, won the IEM Rio Major 2022. Petrossian also made reference to that, mentioning that a “player with the flag of Armenia on his shoulders has already raised the championship cup over his head this year, and I think it was very symbolic.”

Constantly declaring itself Armenian thanks to its new Armenian owner, Virtus.pro is seeking to distance itself from Russia — at least on paper — as the country suffers sanctions for invading Ukraine. Virtus.pro has not explicitly voiced opposition against Russia’s invasion, while the new owner Karamanukyan has also deflected questions about the subject on Twitter.