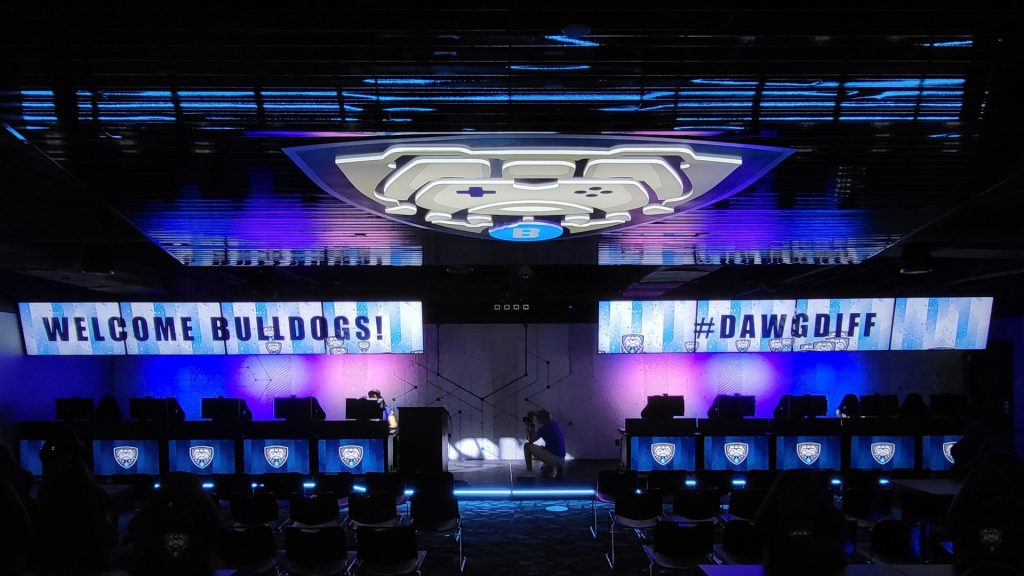 The 7,500-square-foot facility will act as the base for the university’s varsity and club-level esports rosters.

Designed with flexibility in mind, the facility can be used to host a range of events including student gatherings and lectures, in addition to providing resources to students on campus and the local community.

The facility also includes 60 gaming stations available for use in collegiate esports tournaments and a production space to support the creation of gaming and esports content.

Alongside the new facility, Butler Esports Park features leasable spaces. In recent months, Logitech’s Challonge tournament platform and esports organisation Beastcoast have moved into the Park. Beastcoast will use the facility to train its rosters while Challonge will continue its operations in the area following its relocation from a temporary space on the campus.

Populous has a long history of creating esports facilities. The company is responsible for designing various prominent venues across North America, including Esports Stadium Arlington, Nerd Street Gamers’ The Block, and the competition and broadcast arena for the NBA 2K League.

Brian Mirakian, Senior Principal and Esports Director at Populous, spoke on the launch: “The Butler Esports Park will serve as a swiss-army knife for the university and the esports programme.

“Its ability to specifically support high-performance skill development for collegiate esports and gaming, combined with robust content creation and broadcast production capabilities, and its infinite uses for events, academic purposes and community engagement, make it a valuable resource.”