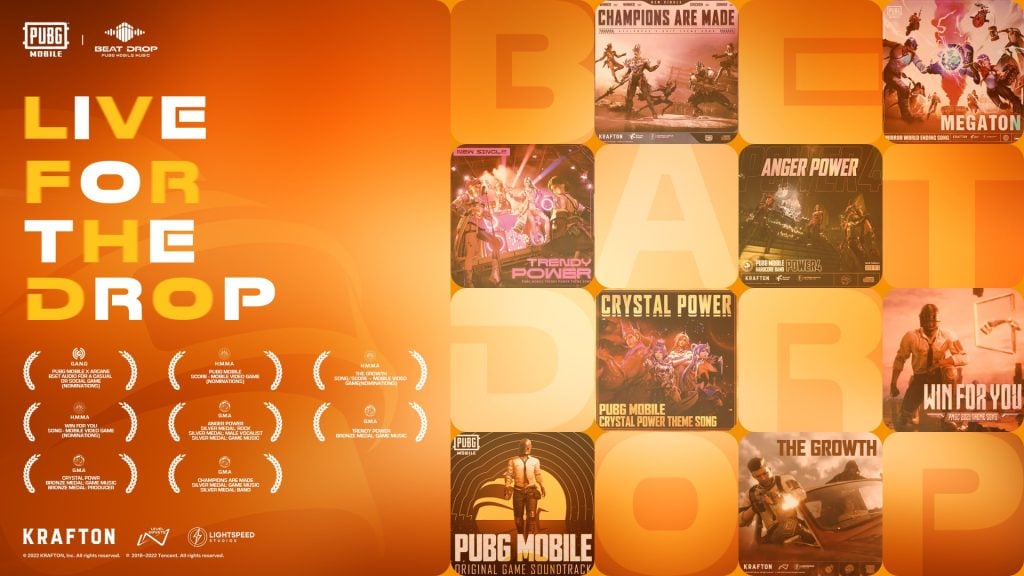 The release is a new step in PUBG Mobile’s brand expansion plan. According to the announcement, PUBG Mobile aims to go beyond the game itself and become a cultural trend.

The trend of bringing music inside the esports world to complement fans’ experiences has been increasingly prominent over the last few years. Organisations like Fnatic and G2 Esports have invested in their own labels, meanwhile, teams like Brazilian side LOUD consider music an instrumental part of their business strategy.

Beat Drop is not PUBG Mobile’s first step in music as the game has partnered with artists in the past and even released original soundtracks. In the announcement’s press release, the Head of PUBG Mobile Publishing at Tencent Games Vincent Wang said that considering the game’s history with musical partnerships, “establishing a label is a natural progression for PUBG Mobile”.

Wang continued: “We hope to inspire PUBG Mobile’s players with incredible and moving soundtracks to their in-game lives and beyond. PUBG Mobile is dedicated to creative storytelling and this new PUBG Mobile music label adds an additional medium to help us create powerful content for our community. We look forward to sharing Beat Drop with the world”.

Beat Drop will partner with artists across the world and look to produce ‘industry-defining tracks with established icons’ while providing players with songs that aim to heighten PUBG Mobile’s experience.