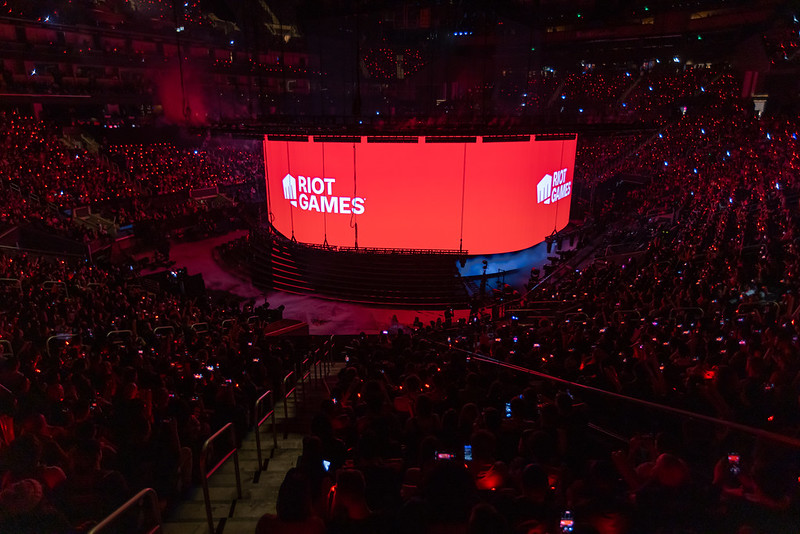 With new partners, teams and hyped marketing activations, competitive League of Legends showed in 2022 that it remains in constant development and will continue at the top for years to come.

It really goes to show that a 10-year-old esports scene is not immune to significant changes.

Esports Insider looked at some of the most important business-related moments from Riot Games’ League of Legends franchises. Featuring developments from the LCS, LEC, CBLOL, LCK, and Liga Latinoamérica (LLA).

A year of announcing transitions

Interestingly, some of the biggest stories and developments in League of Legends this year included major preparations for 2023. Starting with North America, LCS Academy and Proving Grounds were merged and revamped to constitute the North American Challengers League (NACL), consisting of 10 Fixed teams, which are the ten former academy teams from the LCS franchise, and six ‘Provisional’ teams.

According to Riot’s announcement, the changes aim to improve the regional talent infrastructure over the long term. Changes will be effective from 2023.

In the official announcement, Riot Games said that the decision of merging regions for a wider competition is not definitive, but if results are satisfactory other regions may undergo the same process. This also resulted in the TCL, Turkey’s major region, now becoming a European Regional League for the foreseeable future.

An administrative change announced in May for the LCK affected the region’s agents, transfers and rookies. Three new policies, named Rookie Development Clause, LCK Agent Certification and the LCK Pre-contract Policy, were implemented to regulate the local market and, according to the announcement, build a ‘sustainable cycle ecosystem’. You can check details in this link.

The latest structural change from Riot Games affected the whole League of Legends scene as from 2023 all leagues will have new starting times and days of broadcast to fit in with the VALORANT Champions Tour. According to the company, this will allow a wider variety of formats and options for broadcasting. Let’s see how such an experiment will result in the next season. For further details check here.

2022 can be considered a prolific year in terms of partnerships, particularly for LEC. At the beginning of the year, the league announced LG UltraGear as its monitor partner, while also renewing deals with Secretlab, Red Bull, automotive brand KIA and Warner Music.

Later, Santander joined the LoL scene as one of its main global partners. The bank signed a five-year deal with CBLOL in April, and then in June added three-year deals with LEC and LLA. The announcement of the deal came with an exclusive interview for Esports Insider. Other relevant deals signed by LLA in 2022 include Pepsi and Red Bull. 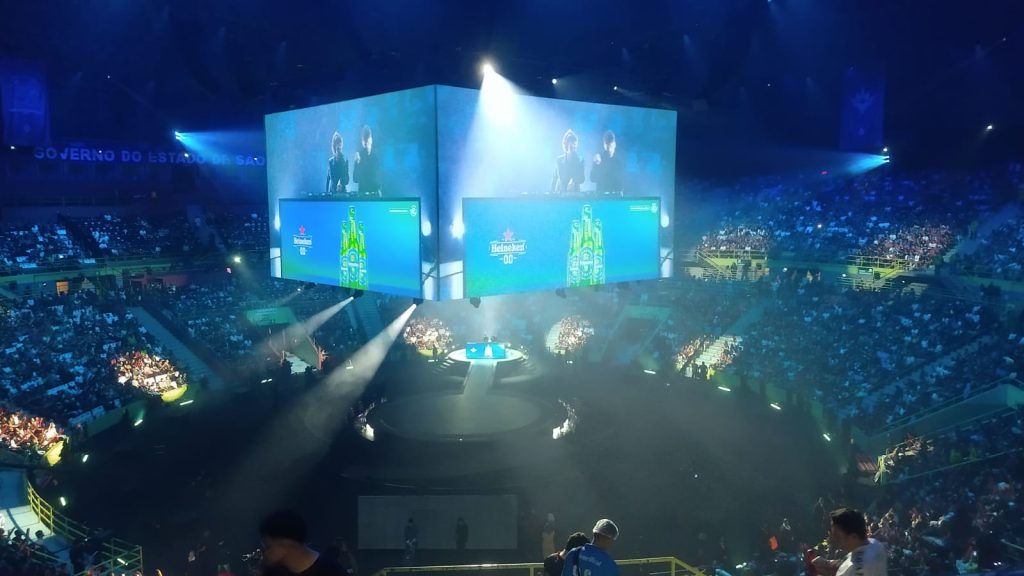 CBLOL and LLA had something else in common when speaking about partnerships: Both signed beer brands as sponsors. In February, the Latin American League added AB InBev as a partner and brand activations for brands like Budweiser were made in Mexico, Colombia, Chile and Argentina. The Brazilian league then signed Heineken as one of its main partners, promoting the non-alcoholic product Heineken 0.0 even in the halftime show during its Split 2 finals.

However, it was not all roses for the scene. Crypto exchange FTX, one of LCS’s current biggest contracts, went bankrupt in November, ending a seven-year deal that was only established in August 2021. 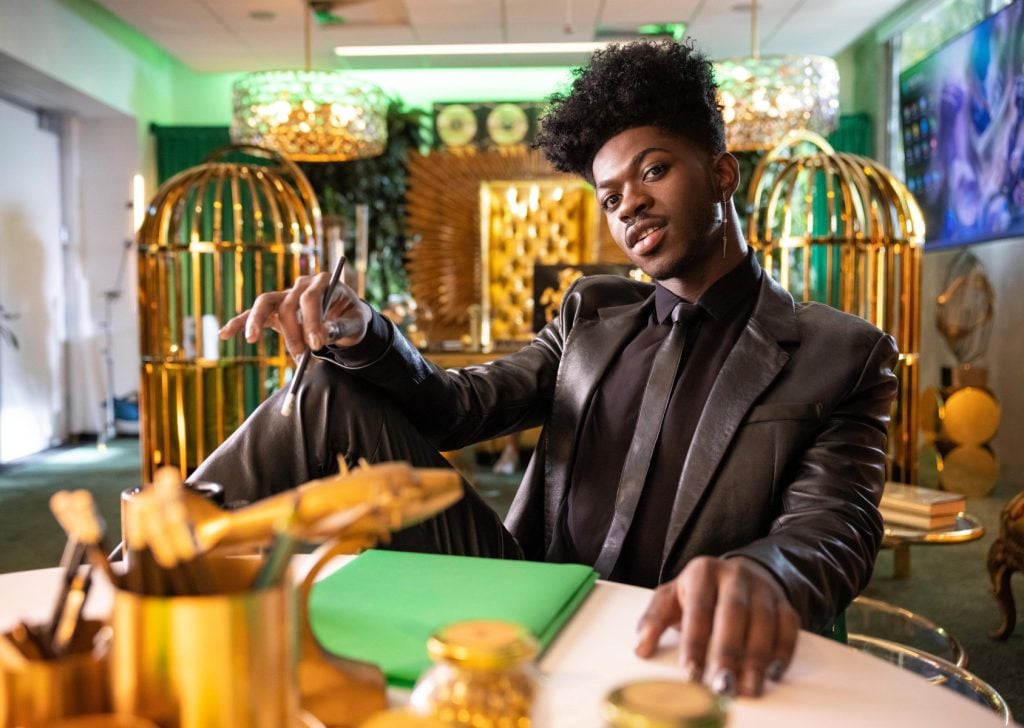 Speaking of the Worlds 2022, one of the most impactful partnerships of the year in the LoL scene was the one between Riot Games and Lil Nas X. The American rapper was announced as the “President of League of Legends” in a marketing activation and created the theme song for the world tournament, named STAR WALKIN’.

The Worlds 2022 hype did not stop there, with the event increasing its appeal through a partnership between Riot Games and Tiffany & Co. The jewellery brand was responsible for designing a brand new trophy for the competition.

Despite the fact that Worlds 2022 was exhibited in an uncomfortable time for Asia, which holds a wide legion of fans, the efforts by Riot Games in promoting the competition paid off, and the event became the most-watched League of Legends event of all time according to Esports Charts. It’s important to note that this is excluding Chinese fans though, a prominent market for League of Legends.

Riot made it more appealing for the East to watch its previous next international event with the Mid-Season Invitational. However, it seems a focus remains on the West with MSI 2023 heading to London, according to a report by Esports News UK. 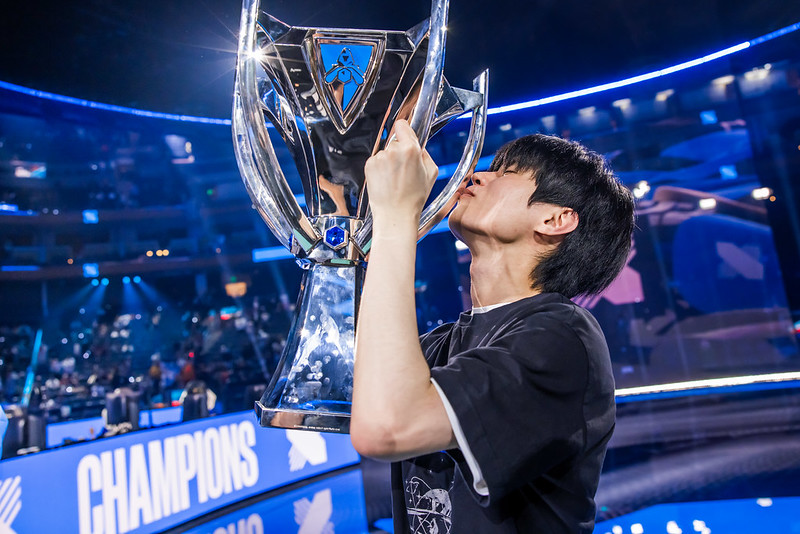 Regarding Riot Games’ League of Legends franchises, there was a change of ownership in the LCS with FlyQuest being acquired by the Viola family office, the owners of NHL team Florida Panthers, but overall CBLOL and LEC presented the most significant changes. In the LEC, Misfits sold its spot to Team Heretics but has still retained around 20% of it. The share bought by Team Heretics is estimated at $34m-$36m (~£28m-£29m at the time).

A brand new franchise has entered the LEC game with KOI reaching a deal with Rogue to compete in the league in 2023. Fans of the former LEC champions might be happy to also know that Rogue will retain its management structure and operations under the new brand.

In the Brazilian league, Los Grandes bought the operations of the US company Simplicity Esports in Brazil, which included a spot in the franchise. Simplicity held a brand licensing deal with the football club Clube de Regatas do Flamengo and used the tag Flamengo Esports in CBLOL, which led Los Grandes to honour the contract and compete as Flamengo Los Grandes for the rest of 2022. As the agreement finishes in 2023, the team will now compete only as Los Grandes.

Two other changes happened in Brazil when esports organisation Fluxo bought Rensga Esports’ spot and Vivo Keyd Stars bought the franchise that previously belonged to Netshoes Miners. As such Keyd and Fluxo will play the CBLOL from 2023. According to a source, the transaction with Miners cost Keyd about $2m (~£1.66m at the time). Although it is not really a franchise, it is worth mentioning Riot Games’ approach to the women’s League of Legends with the Ignis Cup in Brazil and the Rising Stars tournament in Europe.

All the franchising moves do point to increasing investment in the scene, despite economic concerns for esports in 2023. Teams that join League of Legends’ circuits not only seek notoriety and financial outcome that a franchising model provides, but it also brings some semblance of stability to the organisations involved in it.

It is heavy, demanding, and expensive work to be competitive in League of Legends, but it has also proved to be solid ground to step on. Even after 10 years, it is still appropriate to say that 2023 is a promising year for League of Legends Esports.