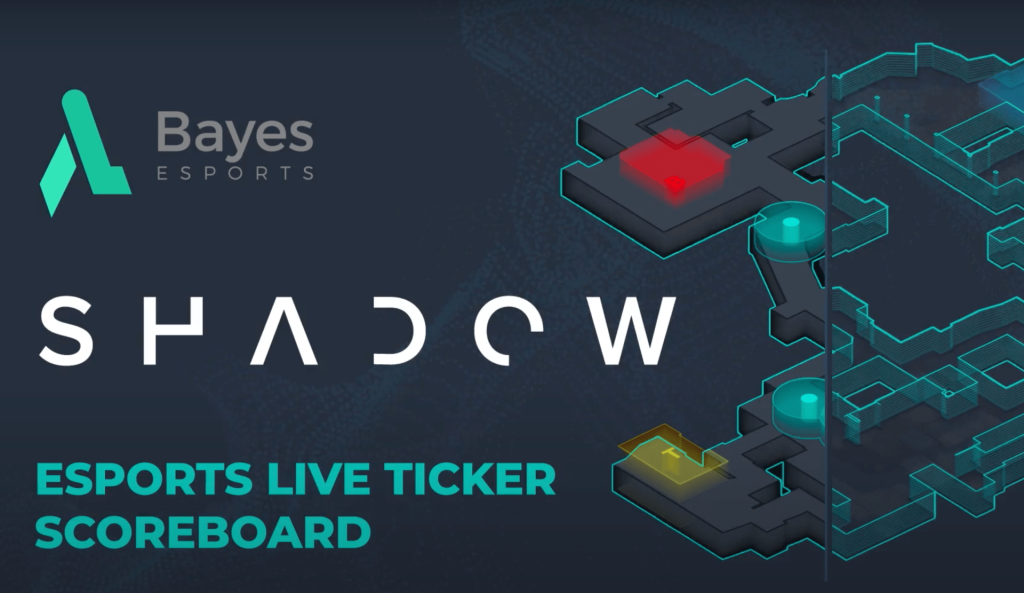 Powered by data company Bayes Esports, the Esports Live Ticker will allow participating platforms to integrate an ‘esports scoreboard’ which keeps audiences informed about the latest matches across relevant titles.

The scoreboard will be free of charge, but participating platforms can also choose from a few additional paid premium widgets. According to a release, this will provide more in-depth match data and statistics.

Bayes and Shadow Esports aim to address one main issue with the new product: the lack of coverage of what’s happening in the moment. As esports is a much broader genre, matches across several titles tend to run simultaneously and sometimes at irregular intervals. This makes it increasingly difficult for publishers to provide live coverage, a factor that Shadow believes can attract a larger audience to platforms.

Bonny Leyser, Head of New Business of Shadow Esports, commented: “We are delighted to launch the Esports Live Ticker. Esports has exploded in its popularity, but there is still so much that can be done regarding its coverage.

“Our Esports Live Tricker allows more media outlets to create engaging esports content and reach out to a new audience that is increasingly straying away from more traditional sports.”