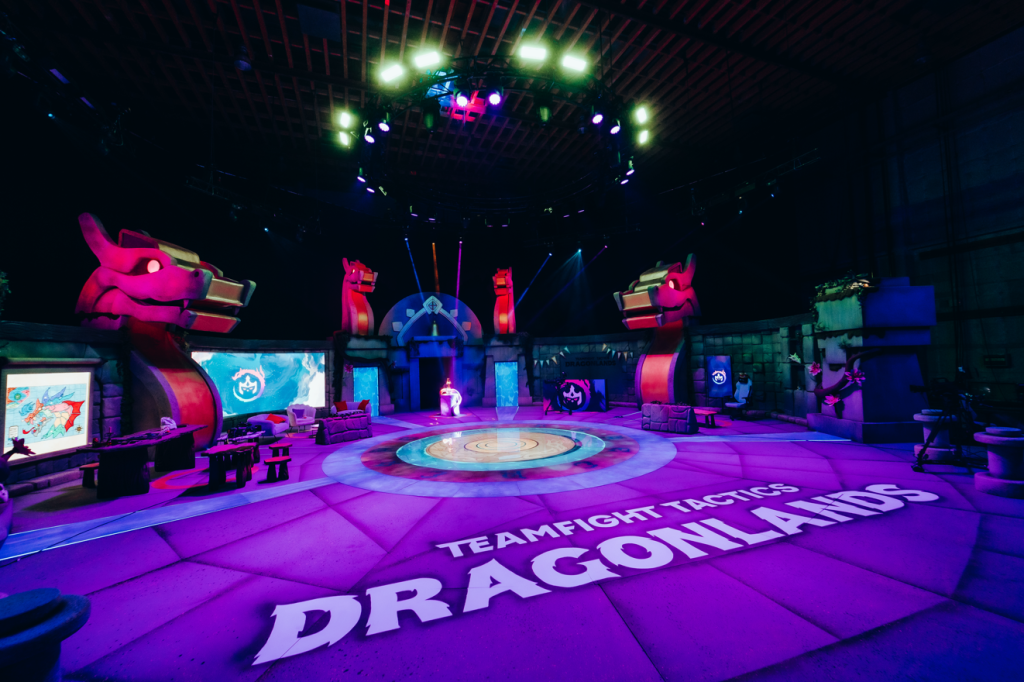 “The difference between Teamfight Tactics (TFT) and VALORANT”, mused Michael Sherman, Global Head of TFT esports at Riot Games, “is that VALORANT is a game built to last a lifetime, whereas TFT is a game we built in a few months.”

Creating the TFT Dragonlands Championship in Alicante, Spain, therefore required an imaginative approach compared to Riot’s ultra-crafted, mega-competitive offerings in VALORANT or League of Legends. The developer re-wrote all the rules, from the broadcast to the competitive side: no players arrived to compete over LAN, and no physical audience watched, save for the small on-site broadcast team.

The TFT Dragonlands Championship demanded a different treatment to other games, and in order to execute its vision, Riot made the rare decision to delegate responsibility for the competition to a third party.

Riot Games granted the honour of hosting the tournament to GG Tech, a third-party tournament organiser. That arrangement alone is somewhat exceptional for a company that usually enjoys exerting as much control as possible over its esports tournaments.

Cristian González, Head of Esports for GG Tech, explained that his company had built trust with Riot over multiple years delivering tournaments for them in Spain. “We work daily with them managing all the amateur scenes in Spain in all the games. We work with the Barcelona office of Riot to organise tournaments for TFT, Legends of Runeterra, League of Legends and others.”

Despite assurances that the team was used to working with Riot, It was nonetheless a slightly comical moment in the GG Tech press conference when he confirmed that the company had a lot of creative freedom, even as he sat alongside Riot executives with whom he had almost certainly hammered out an agreement. 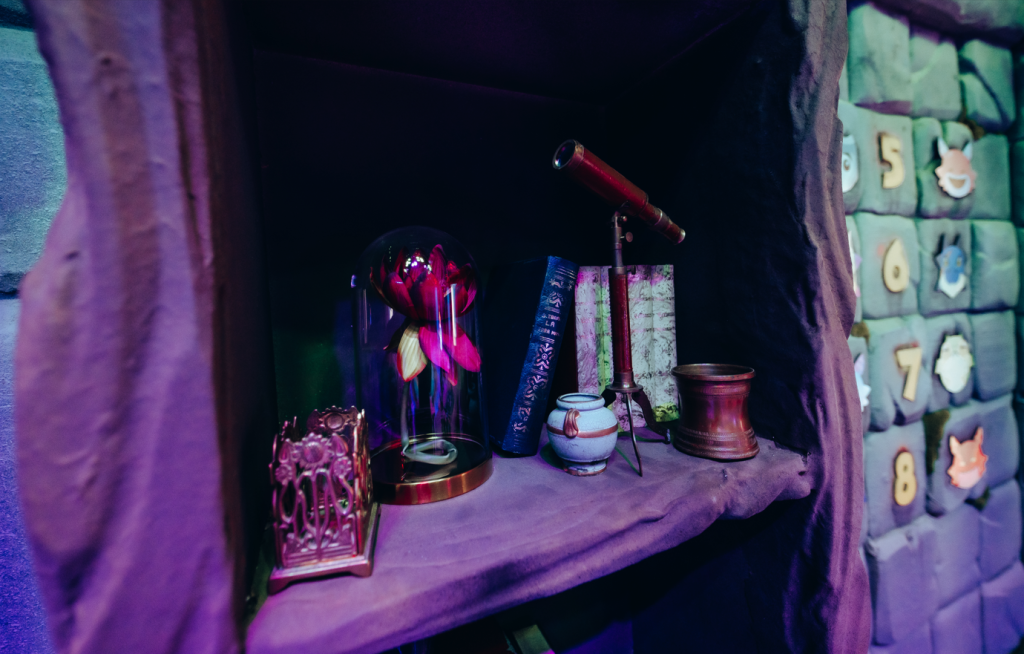 GG Tech is also known nationally for Gamergy, one of the largest offline tournaments in the country, which hosts competitions in Rocket League, FIFA, Fortnite and more. With all that said, the TFT Dragonlands Championship was one of the biggest events that the company had ever undertaken, and Riot had given them just two months’ notice to pull it all off.

Faced with the challenge of having neither fans nor players physically present, GG Tech enlisted local artisans to build a gargantuan set that would focus on the casters and other personalities and make the stream feel inviting and comfortable.

The set is littered with physical props from the game, and four distinct sets connect seamlessly to allow the large jib camera to pan between them. Many viewers will watch co-streams, or the streams of one of the 32 players competing, which presents another challenge for the broadcast team.

Interviewed in a stand-up lunch over some Spanish jamón, Matt ‘Nibiria’ Clendaniel said he prefers to skirt Riot’s traditional dour style of esports broadcasting. “The ESPN announcer style of esports broadcasts is dead. It’s been going on for 10 years, and I’m like, why not try something new? I said to [GG Tech’s fashion freelancer] before I came over that if you put me in a suit and shirt, I’ll kill you.”

Clendaniel and the rest of the broadcast team came up with skits, TikToks, and other bits to make the broadcast ‘pop’ both on social media and the stream itself, and they were given total creative freedom by Riot to do so.

This edition of the world championship tournament didn’t beat the previous championship, Gadgets and Gizmos, for viewership, but the team in Alicante didn’t see viewership statistics as their key performance indicator. 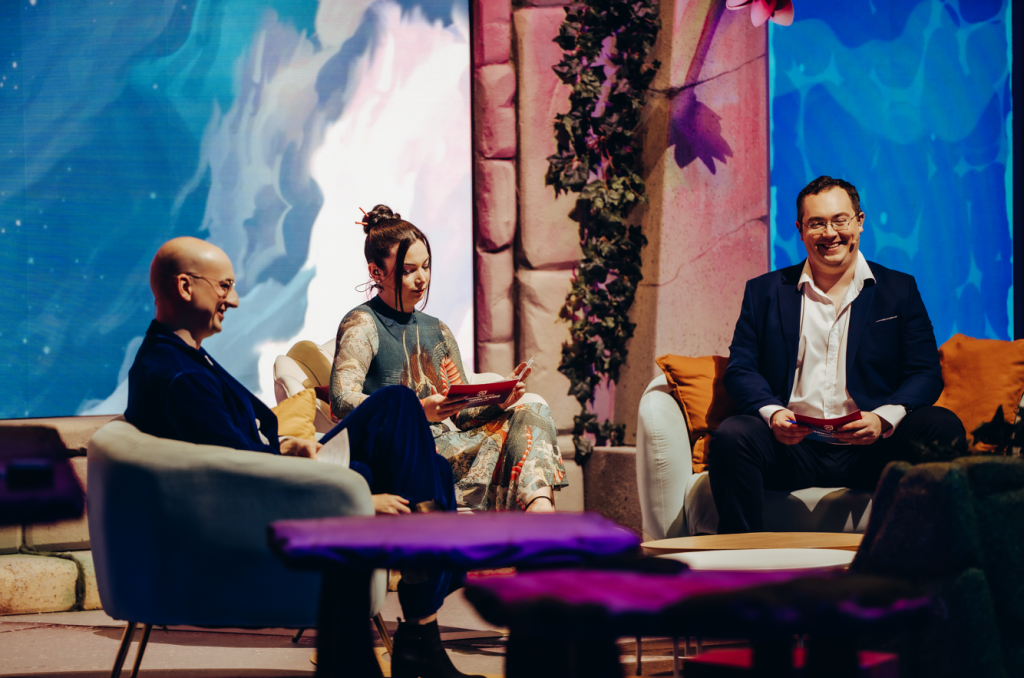 “I’d like for people to think of 2023 as ‘year one’ of TFT esports,” Riot’s Michael Sherman said, explaining his philosophy for the tournament.

“Coming into this year, I don’t think we necessarily had something that perfectly fit TFT, specifically. The first thing was trying to rethink what our mission is, and we want to make competing and TFT esports accessible to all players. So expect to see that the future of TFT involves more players, and increasing their ability to compete in our competitions.”

Riot’s core focus with the esports scene of the world’s only competitive auto-battler is not to drive sponsorship (this event had just one — gaming chair manufacturer Secretlab) but to motivate players to have a go themselves, and potentially reach the highest tiers of competition.

The last chance qualifiers for the event happened just one week before the three-day finals broadcast, which would not have been nearly enough time to allow players from outside the EU to arrange travel plans to Spain. That may have had something to do with Riot not wanting the championship to clash with League of Legends, which wrapped the week before, but it also points to Riot’s desire to keep the competition as open as possible.

Sherman claimed that 2022 has been something of a beta test for the game, with tournaments like EMEA’s Rising Legends allowed to take on its own identity amidst a throng of other TFT tournaments in the Americas and Asia. “I don’t think consolidation is necessarily the way forward, but figuring out how to partner with all our regions and level up for all our fans around the world is certainly top of our mind.”

Accessibility came up frequently in interviews and casual chats with GG Tech and the other third-parties responsible for the magic in Alicante. Riot’s participative vision is somewhat unique in a world where its two most-watched games now feature franchised leagues. In comparison, none of the top eight players at TFT Dragonlands belonged to a major esports organisation.

But Riot’s open model — a model mirrored in some respects by mobile title Brawl Stars — has had the unfortunate secondary impact of scaring teams away. It means that teams are afraid their players might get iced out of major tournaments due to a few rounds of bad luck, losing their partners valuable time on the main broadcast. The only ‘large’ teams represented at the tournament were French organisation Karmine Corp, and American outfit Cloud 9. Neither team’s player made the final eight.

Instead of team representation, most of the players split their time between competing and creating content for their social media channels. Riot wouldn’t divulge much about its plans for the future of the game, but it’s unlikely larger organisations will want to be involved without assurances their players would attend the largest events.

Yet at the same time, accessibility presents an opportunity for larger teams to widen their fanbase. As a game that works on PC and mobile, with an element of chance and no high-octane, fast decisions, TFT is more accessible to a casual audience than Riot Games’ other properties. Casters and broadcasters already understand this, and want to leverage that opportunity to include players and personalities from different genders and backgrounds as the title grows in popularity. 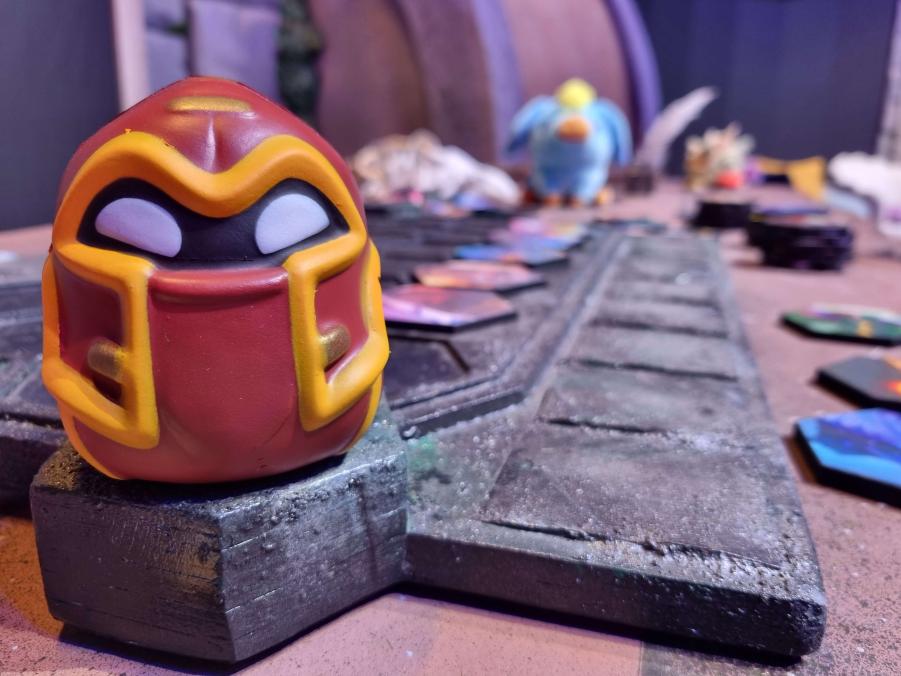 The lack of players or crowd made the broadcast look starkly different compared to other esports. Representatives from Riot Games confirmed that they were not planning to have players physically present for championships due to time limitations around TFT’s current set-based competitive format. That said, the team does want to explore physical player appearances between championships.

If the Dragonlords Championship taught us anything, it’s that TFT is doing esports differently to the traditional esports formula. The game represents a very small slice of Riot’s pie, so they can afford to experiment. At the core of that experiment is forging an esports experience suited to the wider playerbase. Riot seems to believe that, for now, driving players towards deeper interactions with the game itself is the best strategy.

Sherman believes that TFT should be a different game, involving players as potential competitors, rather than spectators. “Why should players care about TFT esports? We want it first to be because they compete. That will fuel a tonne of other motivation and engagement around the esport.”