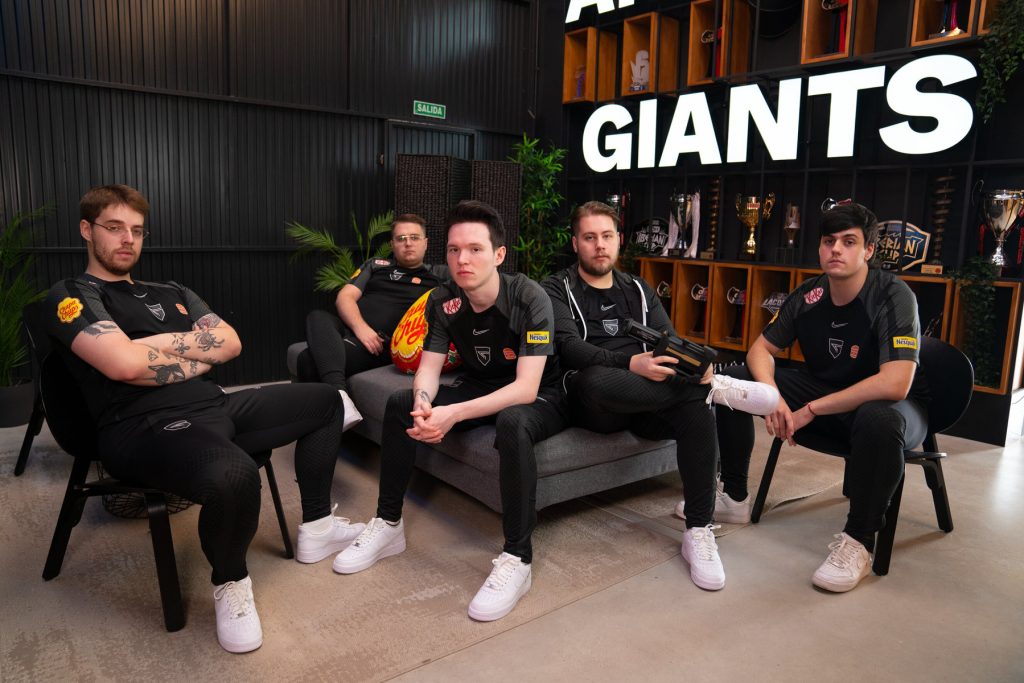 The revamped VALORANT Champions Tour (VCT), the highest-level competition in Riot Games’ FPS shooter VALORANT, is set to start in February 2023 and will include 10 teams in each region: EMEA (Europe, Middle East and Africa), Americas, and Pacific.

Competition for spots in VCT was fierce. Prospective teams had to apply for a slot, and were then vetted by publisher Riot Games during a lengthy verification process. The total number of applicants was never made public, but according to a Dot Esports report, there were hundreds of interested organisations. The franchising process was incredibly competitive in Europe, with the likes of G2 Esports and Acend, the world champions in 2021, not making the cut.

A European organisation that did make the cut is Giants, a Spanish team that has been active in VALORANT since 2020.

Giants CEO and Founder Jose R. Díaz sat down with Esports Insider to discuss the Spanish organisation’s thoughts on the season ahead. 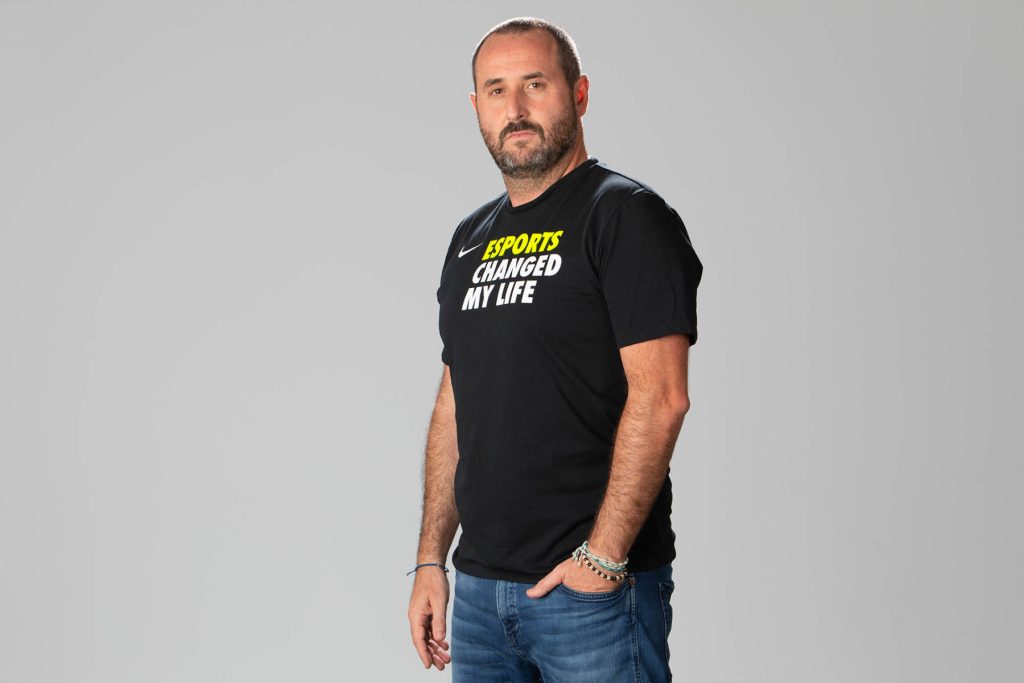 A long road to VCT partnership

To be included in the VCT, Riot Games needs to be absolutely sure that a team is a long-lasting partner and a stable company. The process usually takes months to finish, and Díaz noted that Giants have worked for years to be able to fulfil all expectations of high-profile leagues like the VCT EMEA.

“Each club has its own model, its own way of working,” Díaz said. “But Riot has to confirm … that your project is viable and long-lasting. That point has to be explained well at different stages of the process, which, as I said, started a long time ago. And getting the green light is a great endorsement of the club, its structure, its history and the work it does every day.”

Díaz said that the news of the VCT approval came to him while he was driving and he, as he puts it, “simply went crazy.” The response from the entire team was incredibly positive — a “blast of happiness” for Díaz, his wife and Co-owner of Giants Virginia Calvo, and the rest of the Giants team. Considering the fact that Spaniards are well known for their passion, one can only imagine the significance of the news to Giants.

Still, one needs to be realistic. Giants are up against some tough competition in the VCT. The league includes some household esports names such as Team Liquid, Fnatic and NAVI, as well as the French Team Heretics and another Spanish contender KOI. Fnatic and Team Liquid are perhaps the strongest teams on paper, but it really is anyone’s game in the VCT EMEA.

Giants are well aware of the fact that everything is up for grabs. Díaz knows that the competition is tough, but he also said that his team must be able to stand up to any competition and try to win. He showcased a bit of that Spanish passion:

“I feel that we have to look at anyone face to face, not having complexes and fighting for the maximum. We don’t want to be just another team: we want to compete to win. Giants, when they show up on the server, they go with the objective of winning and that does not change. At the end of the season we will see again how those tier lists look.”

Still, Díaz does not want to predict where his team will finish in the VCT. He did, however, say that the team will give their best and fight to be in the big competitions of the EMEA circuit. 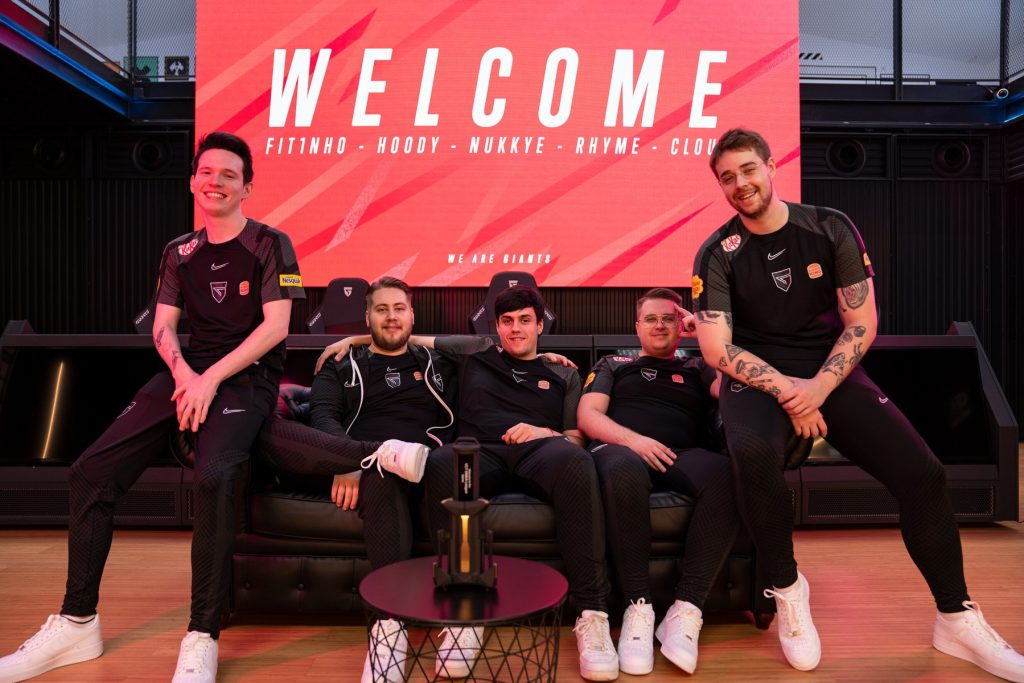 VCT partnership will benefit all teams, including Giants

The VCT also does not require a large initial investment to join, which can’t be said for other Riot Games leagues where slots cost upwards of $20m.

Díaz also said that being included in the VCT has already resulted in interest from potential new partners and sponsors, and that 2023 will be a very interesting year for the organisation on that front, with the Giants sales department working on securing partners for the upcoming season.

So far in VALORANT, Riot Games has offered good economic support to organisations competing in the title. The Champions Bundle, a cosmetics package that was sold by Riot during 2022, earned the company $32m, with half of that going directly to teams that qualified for VALORANT Champions 2022. Each team earned around $1m from the Bundle.

The changes made for the VALORANT competitive circuit in 2023 will ensure teams can share revenue with Riot even more, thus making the VCT likely one of the more lucrative esports leagues in 2023, and also a game changer for smaller teams like Giants. Participating in the VCT could provide Giants with the financial support they need to grow outside VALORANT.

Giants already renewed its sponsorship with chocolate brand KitKat, and welcomed Web3 platform FITCHIN to its partnership roster since the list of VCT EMEA teams was published.

Giants Gaming unveils 1000-square-meter HQ in Spain
Giants continues to have a break with KitKat
Who are the VALORANT VCT EMEA partner teams?

The VCT EMEA circuit will be played in Germany, similar to another of Riot’s top-flight leagues, the League of Legends EMEA Championship. As a result, teams will have to relocate operations to Germany for the duration of the split, which might prove a logistical challenge, as well as a drastic change in the daily schedule for players and management.

Díaz said that, at the time of our talk, the team was in the process of finding a suitable headquarters in Berlin where both players and coaches can work at ease. Of course, this also includes the content team and the rest of the staff. Díaz said:

“The headquarters will remain in Costa del Sol, Malaga, but people from Giants and some new additions will accompany the Valorant roster.”

The first VCT EMEA matches will be played in February, and the season will officially kick off with a major event in Brazil that will include all partner teams, called the VCT 2023: LOCK//IN São Paulo. Giants will want to set the tone for what they hope will be an exciting, fruitful VCT journey.