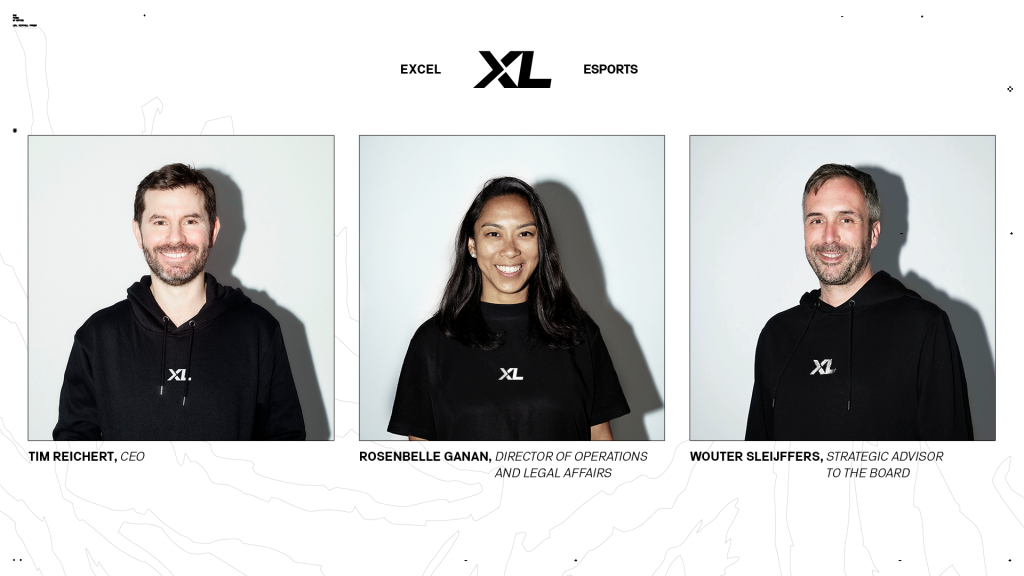 Current CEO Wouter Sleijffers will take on the role of Strategic Advisor. Moreover, Rosenbelle Ganan has been appointed as EXCEL’s new Director of Operations and Legal Affairs.

Reichert is a well-known figure in the esports world. Prior to joining EXCEL, Reichert was the Head of Esports at Schalke 04 Esports, and was one of the founders of SK Gaming. Reichert was COO and Esports Director at EXCEL prior to taking on the CEO role.

According to EXCEL, Reichert will handle all business responsibilities and focus on increasing revenue, community growth and working with EXCEL’s teams to make them more successful. EXCEL pointed out that the changes in leadership signal a shift towards international expansion for the company.

Rosenbelle Ganan, previously the Head of Legal for EXCEL, has been appointed to the role of Director of Operations and Legal Affairs. Ganan is experienced in both legal and esports roles, having worked for British American Tobbacco and Fnatic in the past. She will take over operations and support the expansion of EXCEL in London, Germany and elsewhere.

Former CEO Wouter Sleijffers said that now is the perfect time to hand over the reins of EXCEL, but also noted that he will continue supporting the company and representing EXCEL through his advisory role.

Tim Reichert, CEO of EXCEL ESPORTS commented: “I am thrilled to be appointed the new CEO of EXCEL ESPORTS. We are an incredibly ambitious team that constantly looks for new approaches and ways to improve, and improvement can only happen with change.

“I am very happy to welcome Rose into the leadership team and to continue working with Wouter.”