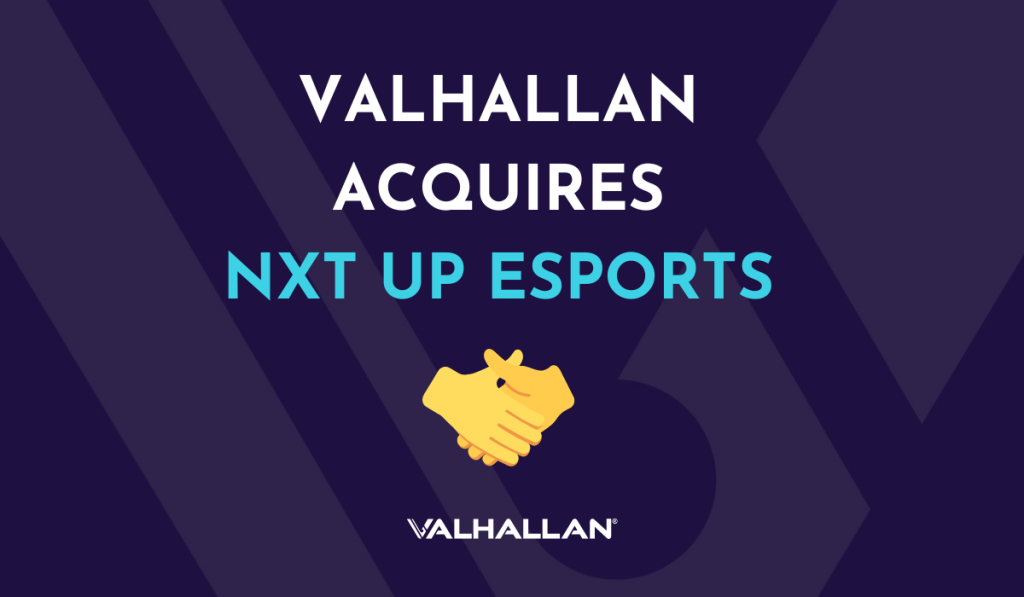 North American esports company Valhallan has announced the acquisition of youth esports platform NXT UP Esports for an undisclosed amount.

According to the company, the acquisition will allow Valhallan to provide an environment for kids to compete in games and acquire valuable life skills, regardless of location. NXT UP Esports Founder Luke Zelon will become Valhallan’s new VP of Media and Partnerships as a result of the acquisition.

Founded in 2020 by former TSM Director of Partnerships Luke Zelon, NXT UP Esports is an esports platform focused on teaching fundamental skills both in and out of games. Since its inception, the platform focused on young players and aimed to teach them transferrable skills. The company also created an NXT UP Scholarship programme.

Valhallan will use NXT UP Esports’ expertise in developing young players to further improve its offerings. The company currently operates franchises in North America and the UK which focus on training and education of future esports talent.

Through this acquisition, Valhallan now has the ability to add programmes virtually, meaning that students who are not geographically close to Valhallan locations have the ability to enrol in courses and improve skills.

Zelon’s department will continue its work on creating better partnership opportunities for Valhallan. The TSM Director was notably instrumental in creating partnerships with the Boys and Girls Clubs of America, as well as esports organisation Team Liquid during his time at NXT UP Esports.

Matt Phillips, brand president at Valhallan, commented: “NXT UP Esports is the perfect addition to add virtual programs in areas where we don’t have Valhallan arenas – youth players and teams everywhere will be able to join, train and compete with us.

“It also opens doors to further Valhallan’s global expansion, enabling us to serve significantly more gamers anywhere they might be. It’s exciting news for our players, franchise owners and youth esports as a whole.”