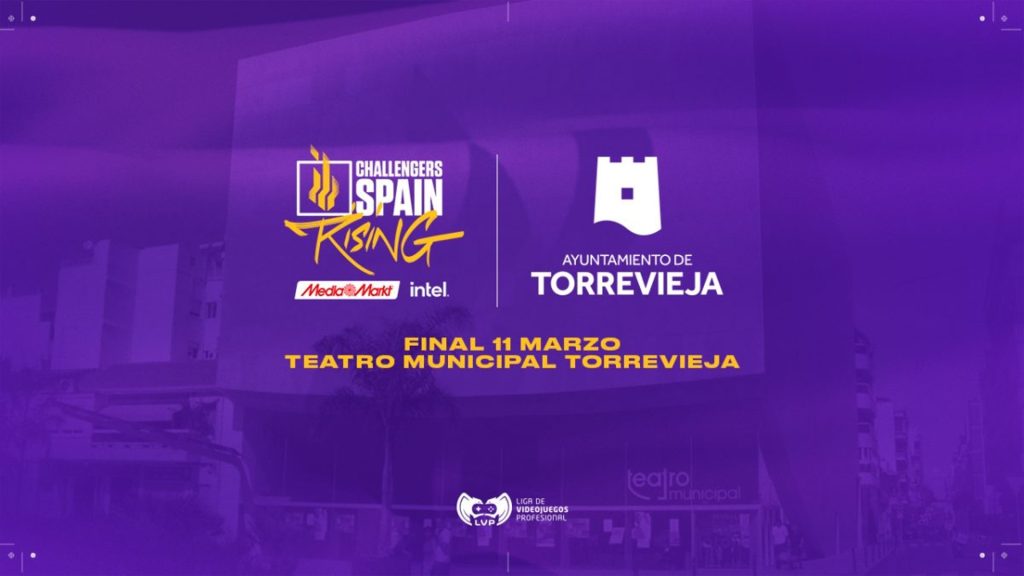 VALORANT Challengers Spain: Rising, Riot Games’ Spanish regional circuit operated by tournament organiser LVP, has revealed the location for the finals of its first split in 2023.

The conclusion of the regional competition will take place at the Municipal Theater of Torrevieja in Alicante.

Split one of the circuit begins on January 8th with online round-robin matches involving 10 teams. Among the invited teams includes the likes of Movistar Riders, Case Esports and Rebels Gaming, the latter of which is backed by Manchester United goalkeeper David de Gea.

The theatre will host the final match of the split on March 11th where the two remaining teams will compete to win the lion’s share of the prize pool. Details on prize money have yet to be revealed.

VALORANT Challengers is technically the third tier of Riot’s competitive ecosystem, with teams from Challengers Spain: Rising competing for a chance to be involved in the Ascension tournament. Winners of newly-formed Challengers Ascension events will qualify for its international leagues.

LVP is no stranger to competitive VALORANT. In 2020, the organiser was commissioned by Riot Games to operate VALORANT Challengers Spain: Rising and over the past two years, it has secured sponsorships with the likes of pizza chain Domino’s and technology company Intel.

Jordi Soler, CEO of LVP, spoke on the news: “In 2022, the two VALORANT face-to-face finals were held in Barcelona, ​​where LVP is based, and for 2023 we were clear that we had to take the best VALORANT show live to other cities in Spain.

“Torrevieja offers us the best conditions to have a spectacular final of the Rising and we are convinced that on March 11 we will enjoy a historic match.”