by Yuki IWAMURA with AFP bureaus

The world’s eight billion people have been ushering in 2023, bidding farewell to a turbulent year marked by war in Europe, stinging price rises, Lionel Messi’s World Cup glory and the deaths of Queen Elizabeth, Pele and former pope Benedict.

Many set aside pinched budgets and a virus that is increasingly forgotten, but not gone, to embrace a party atmosphere on New Year’s Eve after three pandemic-dampened years.

In New York, confetti rained down after the famous ball drop in Times Square, a tradition that dates back to 1907, with visitors from across the world waiting hours in the chilly rain to take part.

Onlookers watch as confetti fills the air to mark the beginning of the new year, in Times Square, New York City, on January 1, 2023. (Photo by Yuki IWAMURA / AFP)

Throngs of people also packed Rio de Janeiro’s Copacabana Beach, where up to two million were expected for music and fireworks without the coronavirus safety measures of the past few years. 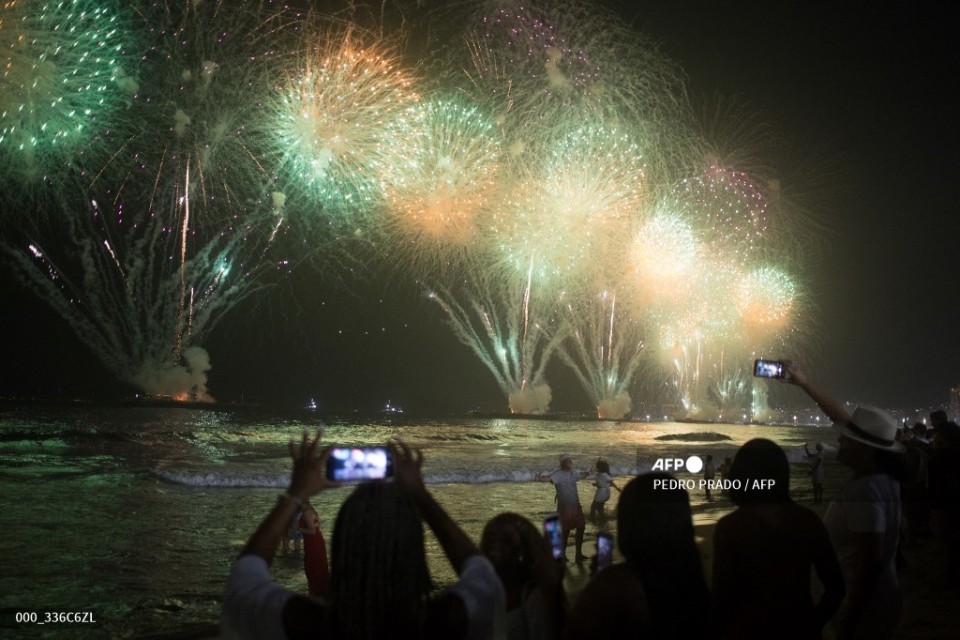 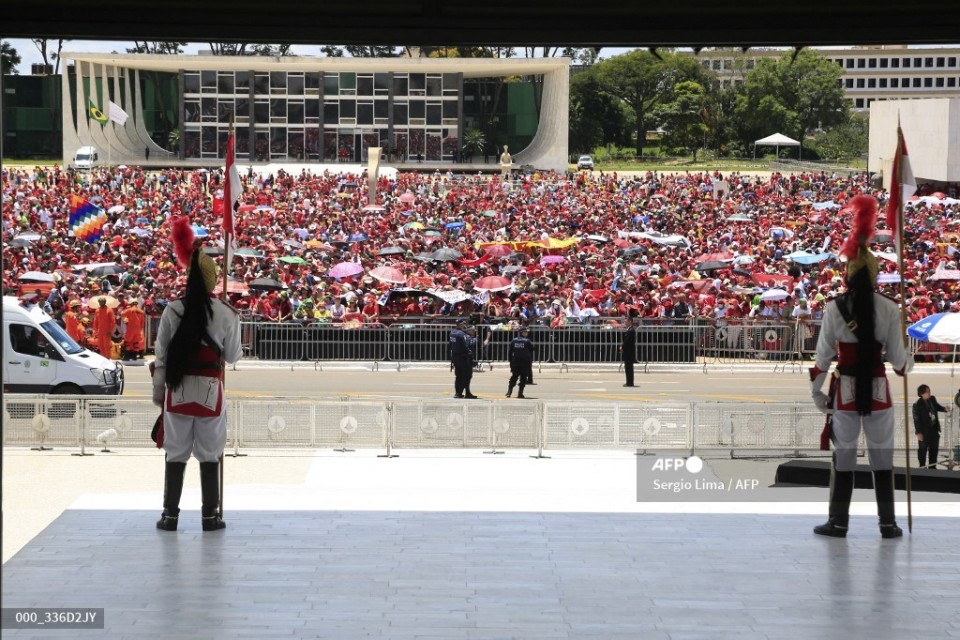 Supporters of President-elect Luiz Inacio Lula da Silva gather to wait for his inauguration ceremony at “Tres Poderes” square in front of the Planalto Palace in Brasilia, on January 1, 2023. – Lula da Silva, a 77-year-old leftist who already served as president of Brazil from 2003 to 2010, takes office for the third time with a grand inauguration in Brasilia. (Photo by Sergio Lima / AFP)

Across the Atlantic, Parisians crowded shoulder-to-shoulder for fireworks along the Champs-Elysees in numbers comparable to 2018 and 2019, officials said.

Police said about a million people showed up, with children in pushchairs and partygoers clutching champagne equally visible.

“We’re here for the ambience, to have a good time and to be together,” said 19-year-old student Ilyes Hachelef. “It’s beautiful!”

Sydney became one of the first major cities to ring in 2023 after two years of lockdowns and coronavirus-muted festivities, staging a fireworks display over the Sydney Harbour Bridge. 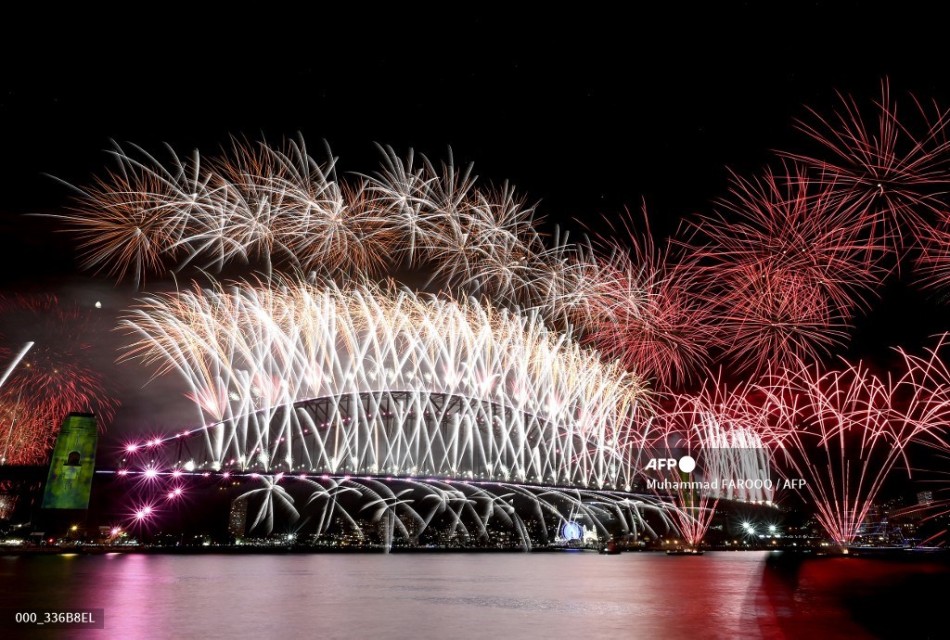 New Year’s Eve fireworks light up the sky over the Harbour Bridge during the fireworks display in Sydney on January 1, 2023. (Photo by Muhammad FAROOQ / AFP)

Hours later, London also welcomed crowds to its official fireworks display for the first time since before the pandemic.

For some, 2022 was a year of Wordle, the Great Resignation, a new Taylor Swift album, an Oscar slap and billionaire meltdowns.

The global population surpassed the historic milestone of eight billion people in November.

But 2022 is most likely to be remembered for armed conflict returning to Europe, a continent that was the crucible of two world wars.

“It was our year — Year of Ukraine,” President Volodymyr Zelensky said in his nightly address Saturday.

More than 300 days into Russia’s invasion of Ukraine, about 7,000 civilians have been killed and 10,000 more injured, according to the Office of the UN High Commissioner for Human Rights.

About 16 million Ukrainians have fled their homes.

For those who remain, an 11:00 pm to 5:00 am curfew is in place amid periodic blackouts and Russian missile barrages.

An explosion was heard in Kyiv just after New Year.

Ukraine shot down 45 Russian drones through the night, its air force said.

“We do not know for sure what 2023 will bring us,” Zelensky said, promising Ukrainians would fight on.

In Kyiv, filmmaker Yaroslav Mutenko, 23, was defiant after a shell hit the four-star Hotel Alfavito near his apartment, insisting the blast would not stop him from partying.

“Our enemies, the Russians, can destroy our calm but they cannot destroy our spirit,” he said.

There appeared to be a dulled appetite for grand celebrations in Vladimir Putin’s Russia, with Moscow canceling its traditional fireworks show.

Putin said in a New Year’s address that “moral, historical rightness” is on Russia’s side as the country faces international condemnation over the war.

Travel chaos greeted the New Year in the Philippines, with thousands stranded on the first day of the year after a technical glitch cut communications at its busiest airport in Manila.

There was also tragedy in Africa, where at least nine people died in a shopping mall crush in Uganda’s capital as revelers celebrated New Year after a fireworks show, police said.

The Middle East welcomed 2023 with a fireworks show from the world’s tallest building, the 830-meter (2,723-feet) Burj Khalifa in Dubai.

Laser lights added to the spectacle at the landmark, which carried messages including “hugging again,” an apparent reference to the end of Covid restrictions.

However, China began 2023 battling a surge in Covid infections.

New Year’s Eve parties still went on as planned in the world’s most populated nation, even as hospitals are overwhelmed following the decision to lift strict “zero-Covid” rules.

Revelers in Beijing flocked to clubs, music venues and bars, while masked youngsters in downtown Shanghai celebrated near the famed Bund waterfront, according to social media videos.

In Wuhan, where Covid first emerged, large crowds set off festive balloons in a central square as the clock struck midnight.

Chinese President Xi Jinping said in a televised New Year’s Eve address that, despite the outbreak, “the light of hope is right in front of us.”